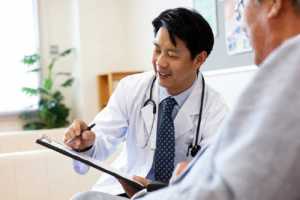 It has been more than a year for the Covid-19 pandemic that has disrupted every possible form of the global systems, but the mystery over the origin of coronavirus has still grappled everyone in this world alike. While there is no direct answer to it, observations and investigations point a finger at China being the origin. And now new leads reinforce the apprehension that the deadly virus was leaked from a lab in China’s Wuhan. But what is more serious is the revelation that the virus was supposed to be used as genetic weapon and Chinese researchers contemplated that a “third world war would be fought with biological weapon”. A 2015 paper written by People Liberation Army’s scientists disclosed how they planned to weaponise coronaviruses calling it a “new era of genetic weapons”.

The Chinese paper named ‘The Unnatural Origin of SARS and New Species of Man-Made Viruses as Genetic Bioweapons’ talks about coronavirus being “artificially manipulated into an emerging human – disease virus, then weaponised and unleashed in a way never seen before”. It gives glimpse into the Chinese military’s plans of the psychological terror using bioweapons, which make the conviction stronger that the coronavirus was leaked from the Wuhan National Biosafety Lab, which is part of the Wuhan Institute of Virology. Wuhan city is the epicentre of the ongoing health crisis that has killed about 3.46 million people worldwide so far.

In November 2019, a few researchers from the same Wuhan lab had fallen sick with symptoms consistent with Covid-19 and they sought hospital care, reported The Wall Street Journal citing intelligence information.   The development occurred just a month before Covid-19 became public. The new findings raise questions over China’s intentions. Shi Zhengli, senior researcher at Wuhan lab, had claimed that no one from the lab’s staff was infected with SARS-CoV-2 or SARS-related viruses. Zhengli, nicknamed “Bat Woman,” had confronted former US President Donald Trump for calling coronavirus a “China Virus”. “US. President Trump’s claim that SARS-CoV-2 was leaked from our institute totally contradicts the facts. It jeopardizes and affects our academic work and personal life. He owes us an apology,” she had said. Now the WSJ report and scientists unable to prove the virus responsible for Covid-19 coming from animals just strengthen the suspicion of the virus having leaked from the Wuhan lab.

While scientists are looking into different possibilities for Covid-19 origin, Chinese virologist Dr Li-Meng Yan maintained that Covid-19 was “man-made” and created in a Wuhan lab. There are proofs that Beijing government was complicit in the act, said Yan before fleeing to the US out of feat being targeted by China government. “The scientific world also keeps silent…works together with the Chinese Communist Party, they don’t want people to know his truth, said Yan, who was researcher at the University of Hong Kong School of Public Health. Meng divulged that China Military Institute modified some bad coronavirus named CC45 and ZXC41 into novel coronavirus. “The genome sequence is like a human fingerprint, so based on this you can recognise, identify these things. So, I used the evidence that exists in the genome sequence of SARS-CoV-2 to tell people why this has come from China and why they are the only ones to make it,” she said. However, she claimed she was asked to stay silent when she reported the fact to her supervisor who is a consultant at the World Health Organisation (WHO). The WHO chief Tedros Adhanom Ghebreyesus was earlier slammed for ignoring Covid-19 outbreak’s severity and supporting China.

China was accused of hiding the vital information about the spread and severity of the Covid-19 initially from its own people as well as the international community. It even went on saying that there was no human-to human infection was found. Now a group of western countries has prepared a dossier saying China destroyed or supressed evidences related to coronavirus outbreak, which it termed an “assault on international transparency’’ leading to deaths of tens of thousands. The document also highlighted how the stool sample of horseshoe bat from caves in China’s Yunnan province collected by Zhengli contained a virus that now has found to be 96.2 percent identical to SARS-CoV-2– the virus that caused Covid-19.

Global intelligence agencies have long been suspected that Covid-19 was leaked from the Wuhan lab. WHO chief Ghebreyesus has admitted his team’s inquiry failed to thoroughly investigate if the virus leaked from the Wuhan lab. Now, a group of 26 distinguished international scientists has sought the WHO to a rigorous investigation by conducting confidential interviews with researchers at the Wuhan lab and by accessing laboratory records and biological samples from the earliest Covid-19 patients.