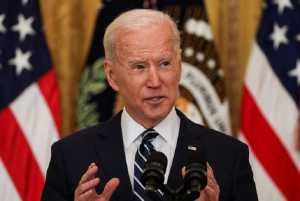 A report has been submitted to President Gotabaya Rajapaksa making recommendations to improve relations between the Joe Biden administration in the United States and Sri Lanka.

The Pathfinder Foundation (PF) in collaboration with the Washington-based Asia Society Policy Institute (ASPI) held a virtual meeting in January 2021 to pursue improved bilateral relations between the US and Sri Lanka.

The discussions broadly focused on economic relations and sought a better understanding of the current  US administration.

The report on the discussion was presented to President Gotabaya Rajapaksa by the Chairman of the Pathfinder Foundation Bernard Goonathilaka today.

The objective of the initiative was to provide the President Joe Biden administration with a better understanding of the ground situation prevailing in Sri Lanka, challenges, opportunities, and priorities that may impact  US – Sri Lanka bilateral relations.

The Sri Lankan delegation was headed by Bernard Goonetilleke, Chairman-Pathfinder Foundation and former Ambassador to the U.S.