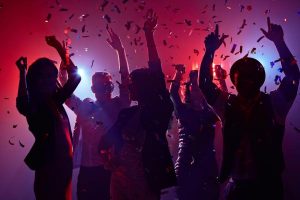 The Police are to conduct raids on parties and public gatherings held in violation of quarantine laws.

Police Spokesman, Deputy Inspector General (DIG) Ajith Rohana said there have been reports of parties and gatherings with alcohol being held despite an islandwide travel restriction being imposed in the country.

He said Police officers have been instructed to arrest those engaged in organizing and hosting parties during this period.

Event organizer Chandimal Jayasinghe and model Piumi Hansamali were recently arrested and released on bail for their involvement in a party in violation of the quarantine law.

They were arrested after hosting a birthday party at the Shangri- La Hotel in Colombo on Sunday night but were released on a personal bail worth Rs. 1 million.

Six others who had attended the event were also identified and arrested by the Fort Police yesterday and were produced in court.

However, five suspects who were arrested in Jaffna for hosting a party also on Sunday were remanded after being produced before the Jaffna Magistrate’s Court on Monday. (Colombo Gazette)