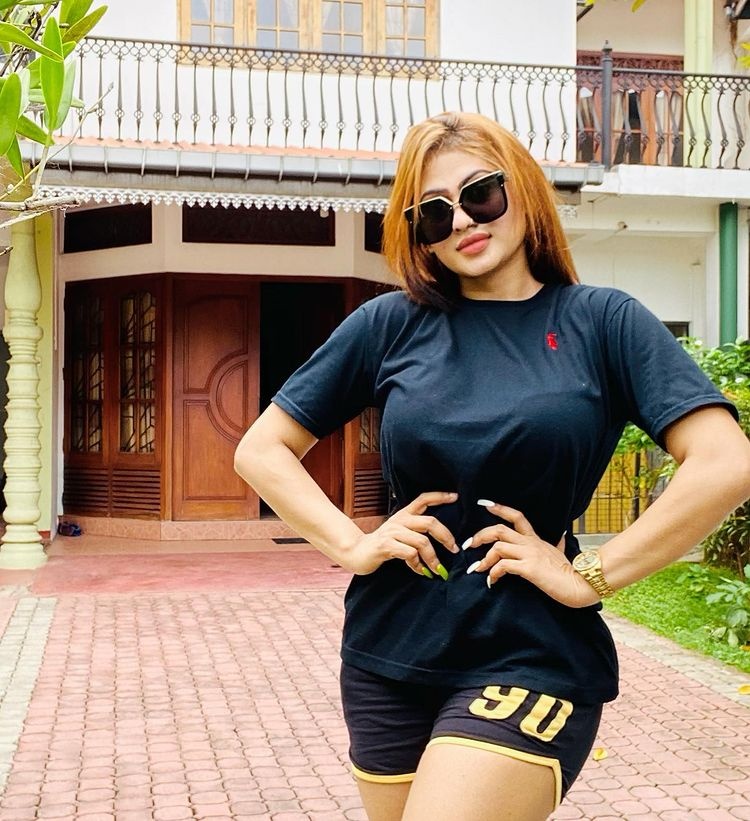 Model Piumi Hansamali went berserk today after being ordered to be quarantined together with a number of others who attended the birthday party of event organiser Chandimal Jayasinghe at the Shangri-La Hotel in Colombo.

Hansamali broadcast a live video from the bus in which she and the others were being transported to the quarantine center.

In the live video, Hansamali expressed outrage over the decision to send her and several others to a quarantine center.

She accused a private television channel and a presenter of instigating the Police to have her and the others quarantined despite being granted bail by court.

Hansamali said that the popular TV presenter had used a program on the private television station to push the Police to have her quarantined for 14 days.

She claimed that there was an ulterior motive behind the move and threatened to expose it when she completes the quarantine process.

Piyumi Hansamali also claimed that she had screen shots of messages sent to her by employees of the TV station which she will reveal to the media.

The Police today ordered 15 people including Chandimal Jayasinghe to be sent to a quarantine facility for attending the party on Sunday.

According to the Police the order had been given based on the advise of the health authorities and Inspector General of Police C.D. Wickramaratne. (Colombo Gazette)