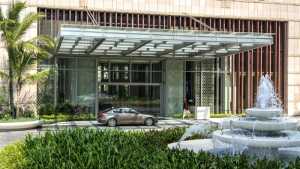 The Police are to apprehend more guests who had attended event organizer Chandimal Jayasinghe’s birthday bash at the Shangri- La Hotel in Colombo on Sunday.

The group that was identified via CCTV footage of the party, consists of six men and one woman, and they will be produced in court today, he said.

The Police Spokesman said a total of 13 people have been arrested so far for attending the party in violation of the quarantine law.

Model Piumi Hansamali and event organizer Chandimal Jayasinghe were arrested on Monday and were later released on a bail of Rs. 1 million each.

DIG Ajith Rohana said that legal action will also be taken against the Shangri-La Hotel in Colombo for hosting the party at a time when an islandwide travel restriction has been enforced in the country due to the coronavirus situation.

Stating that between 20-25 guests had attended that party, he added that the Police will continue investigations to identify all the guests who had participated in the event. (Colombo Gazette)