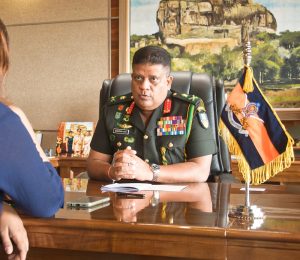 Army Commander, General Shavendra Silva has dismissed claims that a decision has been taken to extend the travel ban till 14th June.

General Shavendra Silva told Colombo Gazette that no such decision has been taken as yet.

He further said there was no truth to reports claiming that the Government is looking to extend the travel ban till 14th June.

The Army Commander’s statement comes in response to reports being circulated on various social media platforms on an extension to the islandwide travel restriction that has been enforced in the country.

The Government imposed an islandwide travel restriction to curtail the spread of the third wave of the coronavirus, which emerged after the detection of the New Year coronavirus cluster in April.

The travel ban was imposed from the 21st to the 28th of May, while it was relaxed on the 25th of May for the public to purchase essential goods.

However, the Government announced that the travel restriction will be extended till the 7th of June.

It was later announced that the travel restriction will not be relaxed on the 31st of May and the 4th of June as announced earlier, and will continue uninterrupted till 7th June.

Only essential services and delivery services have been permitted to operate during this period.

Meanwhile, the Excise Department announced today that all liquor stores across the country will be sealed until the islandwide travel restriction imposed in Sri Lanka is lifted. (Colombo Gazette)