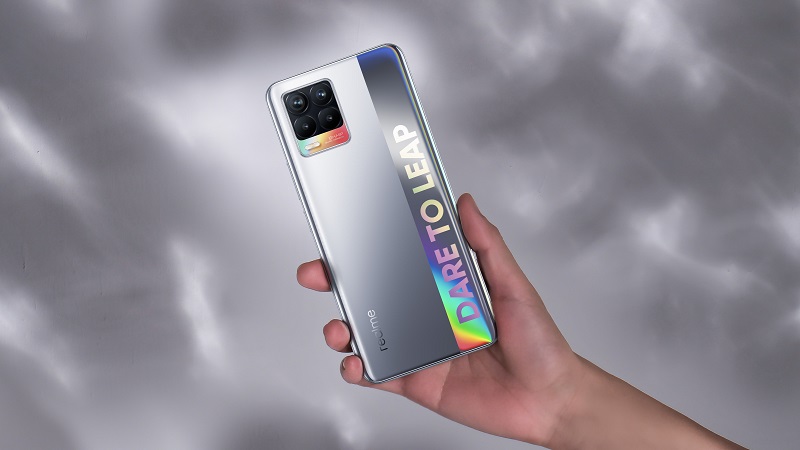 Global emerging consumer technology brand realme shipped 12.8 million smartphones globally in the first quarter of 2021, according to data from Counterpoint Research. The brand maintained its position as one of the top five players in 13 countries worldwide, and, for the first time, was in the top four vendors in three European countries in terms of number of shipments as per the Q1 2021 Canalys global smartphone shipments report.

Since expanding into the European market in 2019, realme has rapidly emerged to become the fastest growing smartphone brand in the region with 183% YoY growth in Q1 2021, says Counterpoint Research. The company is ranked by Canalys as fourth in both the Czech Republic and Greece by shipment, with Q1 annual growth rates of 4104% and 477%, respectively. realme is also fourth in Slovenia and retains its strong growth momentum in Russia as the fifth biggest player, growing 682% YoY.

In Southeast Asia, realme regained its top spot in the Philippines with a 23% market share and a 95% annual YoY growth. It also grew 379% YoY in Cambodia and recorded double-digit growth across Indonesia and Thailand. Meanwhile, in India, the company consolidated its overall fifth position with a 12% market share, closely following the top four players.

Sky Li, realme CEO, commented, “I’m proud to see that we’re continuing our strong growth trajectory in the first quarter of 2021 with record growth in several markets, particularly in Eastern Europe. This shows we’re on track to becoming one of the top smartphone players in the world. We remain confident that this growth will continue as we stay true to our brand spirit ‘Dare to Leap’ and focus on empowering today’s young consumers with highly competitive products.”

“The global smartphone market saw a strong recovery in Q1 2021, with shipments reaching 347.7 million units, up 27.6% as compared to one year ago when the pandemic first hit. As a relatively young company, realme accelerated its expansion during the past 12 months, delivering more than 45% YoY growth on average every quarter. This is mainly attributed to the brand’s consistent push to grow its vibrant Gen Z consumer base and omni channel partners globally,” stated Nicole Peng, Vice President of Mobility at Canalys

realme is a global emerging consumer technology company disrupting the smartphone and AIoT market by making cutting-edge technologies more accessible. It provides a range of smartphones and lifestyle technology devices with premium specs, quality, and trend-setting designs to young consumers at affordable prices.

Established by Sky Li in 2018 and driven by its “Dare to Leap” spirit, realme is the world’s 7th largest smartphone company and has become one of the top 5 smartphone players in 15 markets globally in just two years. As of Q1, 2021, realme has entered 61 markets worldwide, including China and in Southeast Asia, South Asia, Europe, Russia, Australia, the Middle East, and Africa and has a global user base of over 70 million. For more information, please visit www.realme.com.