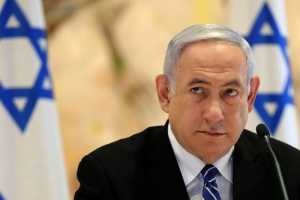 Israel’s Prime Minister Benjamin Netanyahu has warned that a proposed new unity government would be “a danger for the security” of the country.

He urged right-wing politicians not to support a deal after ultra-nationalist leader Naftali Bennett said he would join talks with centrist Yair Lapid.

Mr Lapid has until Wednesday to form a new coalition government.

If successful, it would end Mr Netanyahu’s time as the country’s longest serving prime minister.

Mr Netanyahu, who is on trial for fraud, fell short of a decisive majority at a general election in March. It was the country’s fourth inconclusive vote in two years – and again he failed to secure coalition allies.

“Don’t form a left-wing government – such a government is a danger to Israel’s security and future,” the 71-year-old, who has been in power for 12 years and has dominated Israeli politics for a generation, said on Sunday. He did not elaborate.

Mr Netanyahu accused Mr Bennett of “misleading the public” and of carrying out “the fraud of the century” – a reference to the Yamina party leader’s previous public promises not to join forces with Mr Lapid.

Mr Bennett, 49, earlier announced that his party would join talks to form a governing coalition in a televised address.

“Mr Netanyahu is no longer trying to form a right-wing government because he knows full well that there isn’t one. He is seeking to take the whole national camp, and the whole country, with him on his personal last stand,” Mr Bennett said.

“I will do everything to form a national unity government with my friend Yair Lapid.”

Before the announcement, Israeli media reported that under the proposed terms of the deal, Mr Bennett would replace Mr Netanyahu as prime minister and later give way to Mr Lapid, 57, in a rotation agreement. The arrangement has not been officially confirmed.

The proposed coalition would bring together factions from the right, the left and the centre of Israeli politics. While the parties have little in common politically, they are united in their desire to see Mr Netanyahu’s time in office come to an end.

Mr Lapid, a former finance minister, was given until 2 June to form a new coalition government after Mr Netanyahu failed to do so. His Yesh Atid party came second to Mr Netanyahu’s right-wing Likud at the last election.

Mr Bennett’s party holds a crucial six seats in the 120-member parliament that would help give the proposed opposition coalition a clear majority. (BBC)

Mahinda holds talks with envoys from Israel, Indonesia and Gambia

Sri Lanka reiterates support to the Palestine cause