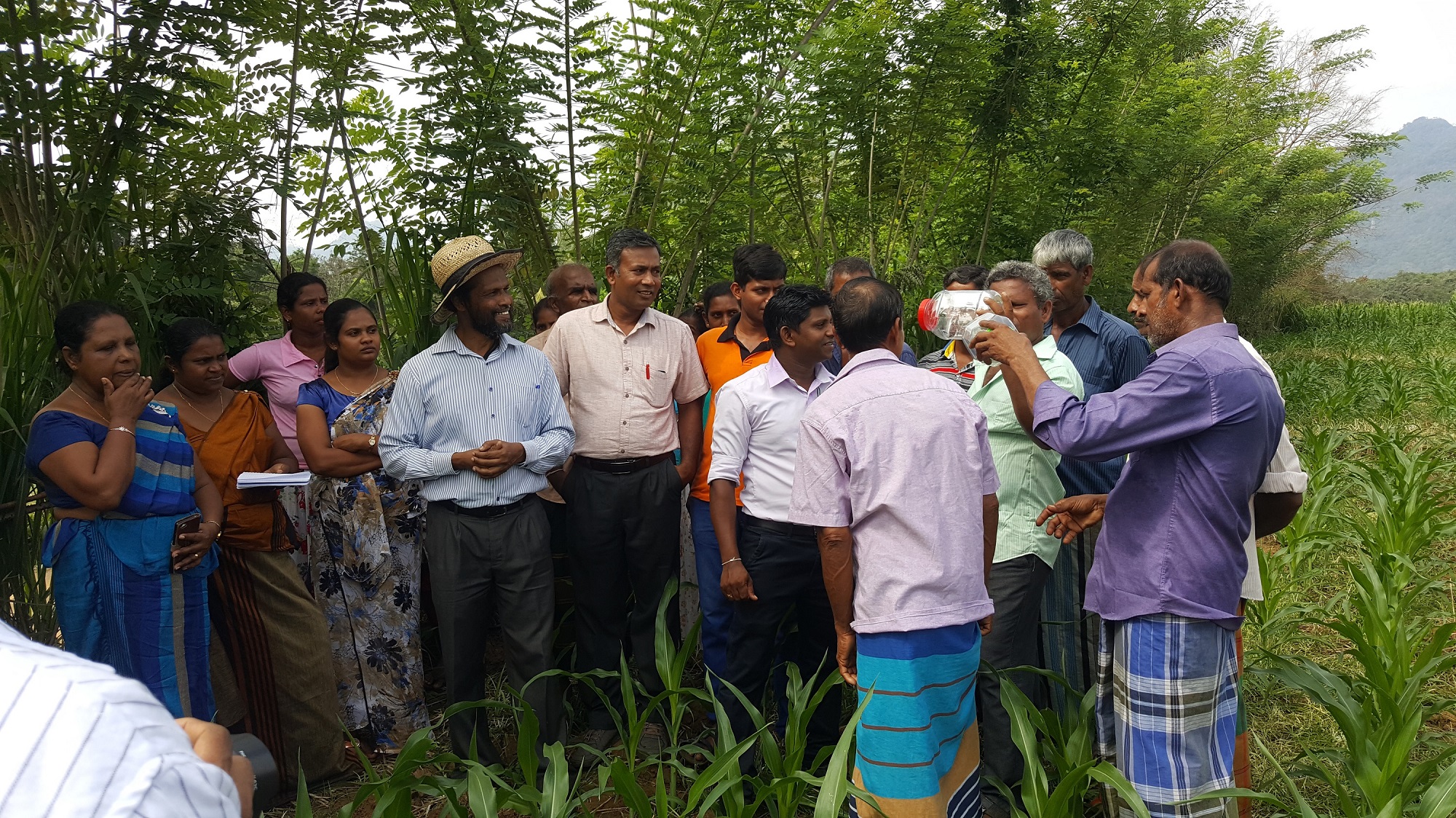 The fall armyworm is to continue posing a threat in Sri Lanka, the Food and Agriculture Organization (FAO) said today.

The Fall Armyworm (FAW) or Spodoptera frugiperda was first detected in all major maize growing areas in Sri Lanka in October 2018 and the new pest was confirmed as the fall armyworm by the International Plant Protection Convention (IPPC) in January 2019.

“We know that fall armyworm is here to stay in Sri Lanka and has become one more pest that farmers need to learn about and manage,” said Sarat Dash, FAO Representative for Sri Lanka and the Maldives, (acting in-charge).

The Department of Agriculture in Sri Lanka stated that when the fall armyworm outbreak was first recorded in 2019, 45,576 hectares out of 68,000 hectares of maize cultivation were affected by the pest in Sri Lanka and the yield loss was estimated at 16 percent.

However during the last season ending in April this year, out of the total 104,000 hectares of maize cultivated, only 144 hectares were affected by FAW with the yield loss recorded at less than 2 percent.

“This shows a significant reduction in the FAW infestation last season due to early detection, monitoring and the willingness of a majority of farmers to manage the pest by piloting biological control measures, rather than depending on pesticides,” highlighted Dr W.M.W Weerakoon, Director General of Agriculture. “Since the inception of the outbreak, FAO has been a partner in FAW control and management. They warned us about possible FAW migration to the country in early 2018 and have shared technical knowledge, lessons learnt and guidance to effectively manage and control FAW ever since.”

With the confirmation of fall armyworm infestation in Sri Lanka, the Government of Sri Lanka had requested assistance from FAO which resulted in the launch of a fall armyworm emergency response programme in February 2019, the first such programme in South East Asia. T

he technical cooperation project funded by the Food and Agriculture Organization of the United Nations (FAO) and implemented by the Department of Agriculture has been focusing on enhancing technical capacity for early warning, monitoring and management of fall armyworm in Sri Lanka.

The emergency response in Sri Lanka is aimed at mobilizing resources and expertise to enhance national capacities to tackle FAW.

This includes visits by FAO international experts who studied the situation on the ground in some of the worst affected areas and advised the Department of Agriculture. The emergency response also reinforces efforts to discourage widespread use of highly hazardous pesticides.

Pesticide application was discouraged from the onset of the FAW outbreak and farmers were advised to apply pesticides only when necessary. Immediate steps were also taken to conduct studies and research on local natural enemies of FAW as potential natural control mechanisms.

With the technical assistance of FAO, the Department of Agriculture has been investigating the identification, rearing, multiplication of prominent predators, parasitoids and pathogenic microbial; inoculate and introductory release in affected maize fields and enhancement of the habitat of these natural enemies. The initial observations have shown that the use of these natural enemies are positive and mass breeding of natural enemies have been initiated.

Sarat Dash commended the Department of Agriculture for using existing national platforms and infrastructure to ensure that the information, knowledge and data that is collected makes its way to the farmers who have to manage the pest on the ground. “This empowers farmers to make informed decisions and not resort to unsustainable practices such as the indiscriminate use of pesticides which is harmful for the environment, the natural predators of FAW, and also on human health,” Dash elaborated.

The Fall Armyworm Monitoring and Early Warning System (FAMEWS), a global surveillance system developed by FAO has been translated and adapted to the Sri Lankan context so that it becomes easy to use for farmers and local officials. The FAMEWS mobile application supports all stages of FAW management: to identify the pest, monitor the level of infestation to map its spread, as well as to learn about the important natural enemies and the measures that are most effective in managing Fall Armyworm. (Colombo Gazette)