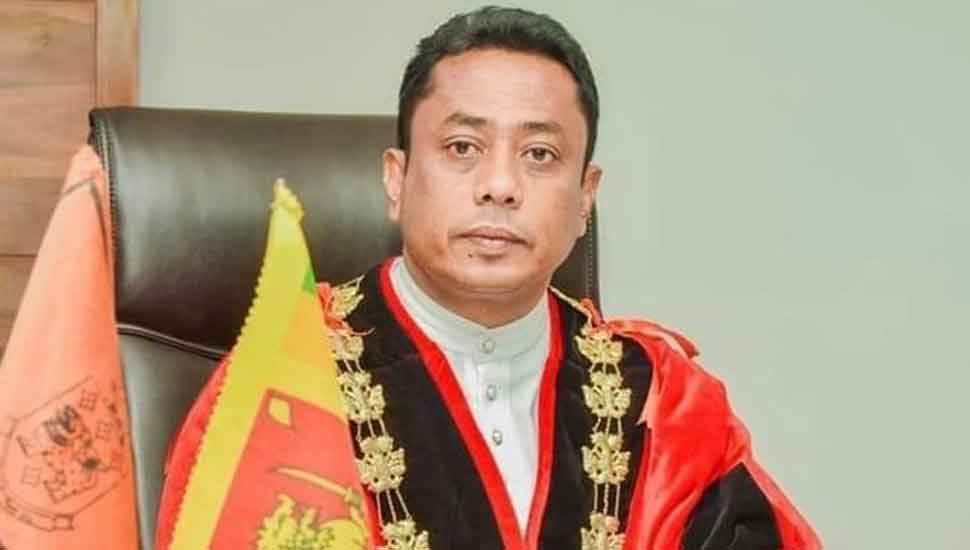 Disciplinary action has been taken against policemen who attended a party hosted by Kurunegala Mayor Thushara Sanjeewa.

Police Spokesman, Deputy Inspector General (DIG) Ajith Rohana said that an Assistant Superintendent of Police (ASP) attached to the Kurunegala Police has been transferred for participating in the birthday party.

The Police said that the Kurunegala Mayor’s birthday was celebrated with a cake being cut in the Police station premises yesterday (Sunday).

DIG Ajith Rohana said that two separate investigations have been launched into the incident. One Police team is investigating the violation of the quarantine law, while another Police team has been dispatched from Colombo to launch a probe on the officers who had violated the law.

Mayor Thushara Sanjeewa is said to have attended a religious observance held at the Police station yesterday, during which his birthday had been celebrated.

The birthday celebration had been conducted at a time when all public gatherings and parties have been prohibited under the new health guidelines on COVID-19 issued earlier this month.

DIG Ajith Rohana said action will be taken under the Police law and quarantine law against all the Police officers who had organized and participated in the event.

Kurunegala Mayor Thushara Sanjeewa is known for his involvement in the demolition of a historical building in Kurunegala in July 2020.

The 13th Century King’s Court of King Bhuvanaikabahu II in Kurunegala, dating back to the Kurunegala / Yapahuwa Kingdom Era, was allegedly demolished on 18 July by the Mayor of Kurunegala and officials from the Urban Development Authority disregarding warnings by the Archaeology Department. (Colombo Gazette)