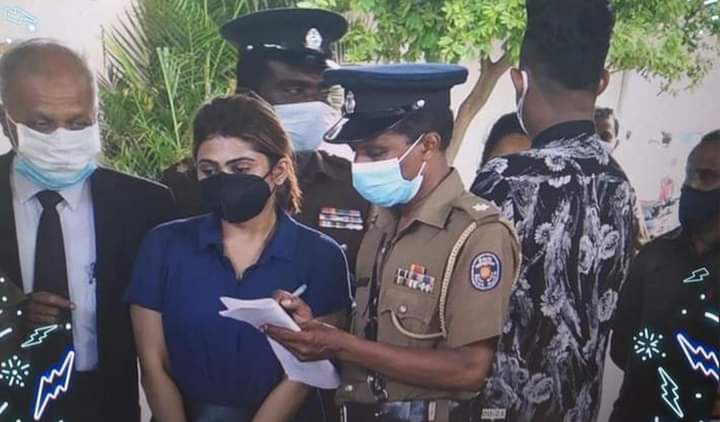 Model Piumi Hansamali and event organizer Chandimal Jayasinghe have been arrested for hosting a birthday party at a five-star hotel in violation of the quarantine law.

Police spokesman, Deputy Inspector General (DIG) Ajith Rohana said the two suspects were arrested by the Fort Police after they had surrendered in connection to the party held at the Shangri-La Hotel in Colombo last night.

The Police Spokesman said that between 22-25 people are said to have attended the party, and 12 of the guests have already been identified by the Police.

DIG Ajith Rohana said the party had been held at a time when public gatherings and parties have been banned under the health guidelines issued by the Ministry of Health earlier in May.

He said that statements have also been recorded from the management of the hotel.

DIG Ajith Rohana said Chandimal and Hansamali were produced before the Hulftsdorp Court today and released on bail.

DIG Ajith Rohana said the suspects were released on a personal bail of Rs. 1 million each. The case will be heard again in August. (Colombo Gazette)