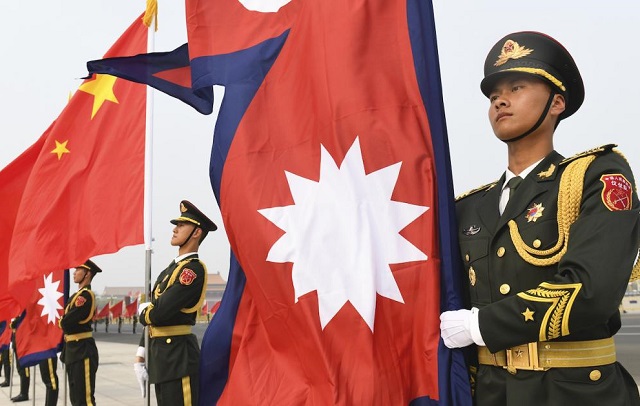 Nepal’s relations with China is a natural consequence of the engagement that exists between two neighboring countries with long years of association at different levels.

Nepal and Tibet have had traditional relations for years with trade and political exchanges taking place since times immemorial. However, as compared to the low degree of engagement between the two countries in the past decades, there has been a major shift since 2014-2015 with heightened Chinese activities in Nepal in a range of areas, including political. This phase has also seen accelerated investment in terms of human resources and capital, thus markinga significant shift from the traditional non-interfering role that China played in the past.

The increased engagement by China has also brought to the fore the bullish, dominating and aggressive approach that China and Chinese nationals have been adopting vis-a-vis Nepal, Nepali people and Nepalese institutions. Issues such as border encroachments, violation of fair-trade practices, instances of fraud and cheating and the unrelenting attitude of Chinese businessmen, workers and senior officials have left many Nepalese awestruck about Chinese attitude towards them.

The last few years have witnessed a number of revelations of encroachment by China along the Sino-Nepal border. Kathmandu has traditionally had limited ability to monitor the northern border which is marked by treacherous terrain and sparse population. In a number of places the age-old border pillars have got worn out or displaced due to extreme weather conditions but have not been much of a concern for the government in Kathmandu. This situation has been exploited by the Chinese to their benefit at different locations.

In the Taplejung area, according to a 2015 study (released in 2019), by the Ministry of Agriculture of Nepal, large-scale construction on the Chinese side has led to around 36 hectares of land in four different districts along the border being relocated on the Chinese side.

China changed the direction of the river flow in the area which has been diverted to the Nepalese side thus causing several acres of land along the Humla, Rasuwa and neighbouring districts of Nepal to be included inside Tibet. The government of Nepal suspects that there could be similar encroachments in Solukhumbu, Dolakha, Gorkha, Manang, Mustang, Dolpa, Mugu, and Darchula districts along the Sino-Nepal border.

Another area where dispute came to notice in 2019 is the Rui village of Gorkha district, which as per the present positioning of the border pillars, is located inside China. Over a period of time, the Chinese have shifted the alignment of the border pillars in a manner that the village now falls inside China. While the residents of the village are technically inside China they continue to pay revenue to the Nepalese administration. All these instances have led to a series of protests against China in Kathmandu creating strong anti-Chinese rhetoric in social media and drawing the attention of the Nepalese government to take these incidents seriously.

In the business domain too, one has come across several instances of malpractices and a bullish attitude by the Chinese. Large Chinese business houses operating in Nepal often indulge in unscrupulous and nefarious business practices including accessing advance information on crucial business tenders with the aim of undercutting other competitors. This tactic has enabled a large number of Chinese companies to win various projects in Nepal. Chinese businessmen have been adept at winning over bureaucrats and relevant officials in critical institutions to gain access to information to their benefit.

Chinese nationals living in Nepal have also come to notice indulging in different forms of crime. In December 2019, Nepalese authorities detained 122 Chinese nationals who were staying illegally in Nepal and were involved in financial fraud and unauthorised electronic transactions. While Nepalese authorities were in the process of prosecuting them, officials of the Chinese Ministry of Public Security (MPS) took over the investigations by influencing Nepalese authorities, thus indicating the extent to which the Chinese exert influence in Nepal. In order not to let the news get viral, Chinese officials flew back the accused in special aircraft based on the MLAT agreement that exists between them.

Chinese nationals are also known to be involved in large-scale smuggling of rare products including antiquities from Nepal besides gold. Nepal police records indicate that more than 200 Chinese nationals have been detained in the last few years for involvement in a variety of crimes including money laundering, human trafficking, wildlife smuggling and illegal medical practices.

In September 2019, Nepalese authorities detained 5 Chinese nationals for involvement in a major ATM card forgery and hacking scandal. These criminals managed to draw out millions of Rupees (34.5 million as per the Nepal Rashtra Bank) in a coordinated manner from a number of Nepalese banks, which also led to large-scale disruption in regular financial transactions. Once again Chinese authorities went out of the way to suppress the news in the public domain, especially since the Chinese Foreign Minister was on a visit to Nepal from September 8 to 10.

Meanwhile, according to the US-based Financial Crimes Enforcement Network (FinCEN), the Chinese telecom company ZTE, has used Nepal to evade US sanctions against Iran. The company purchased telecommunication equipment in the past from the US and sold them illegally to Iran as ZTE’s equipment, thereby skirting US sanctions.

During the 2015 earthquake in Nepal, the company imported equipment for setting up telecommunication towers and evaded customs by pasting the equipment with Red Cross markings. ZTE had to eventually pay fine to the tune of Nepali Rupees 10.1 million for the release of their goods.

Another issue on which Nepal felt cheated over the years was the exclusive use of Chinese payment platforms such as WePay and AliPay by Chinese tourists visiting Nepal. Chinese traders and business houses have set up a wide array of China-friendly facilities in Nepal such as shops, guest houses, restaurants etc which are extensively used by the approximately 150, 000 Chinese tourists visiting Nepal each year.

Tourism experts in Nepal realized that Nepal did not benefit from these tourists as most of the expenditure incurred by them through these payment platforms went back to China. Nepal Rashtra Bank banned the two Chinese services in May 2019 for operating without any license.

Illegal Chinese activities, especially connected with financial fraud has been a cause of concern for Nepal especially since Nepal is a member of the Asia Pacific Group (APG) on money laundering and Counter-Terrorism Funding (CTF). While Nepal was placed in the “Grey list” of the FATF in 2008, it barely managed to come clear in 2014 being removed from the “Grey List”. Nepalese authorities are concerned that all efforts made by them towards reorganising the financial sector with transparent norms, could get nullified due to the involvement of Chinese criminal gangs in money laundering, cybercrimes, online gambling, ATM fraud etc.

In as far as inter-personal relations are concerned, the Chinese have been insensitive to Nepalese sentiments. In March 2020, a group of Chinese workers deployed on a project in Lamjung district attacked local Nepalese villagers with crude weapons when the latter prevented them from travelling in large numbers in the middle of strict Covid lockdown. Likewise, in May 2020, a group of Chinese tourists who were held up in Nepal due to unavailability of flights out of Kathmandu attacked Nepalese police officials in central Kathmandu tearing their uniform when the latter prevented the Chinese tourists from holding protests in the midst of Covid.

At the diplomatic level, the Chinese Ambassador Hou Yanqi has also remained marred in controversies for being highly intrusive in local politics and also at times exhibiting rude and undiplomatic behaviour.

In February 2020, the Chinese Ambassador used strong language in accusing the editor of a prominent Nepali daily `Kathmandu post’ for being “biased” and “acting on behalf of anti-China forces”. This followed an op-ed titled “China’s secrecy has made Coronavirus crisis much worse” published by `Kathmandu post’ based on an original publication in the Chicago Tribune. The strongly-worded Chinese embassy statement led to large-scale protest from the media community with some calling the action “discourteous” and “highly detesting”.

The Nepalese people are known for their optimism and warmth and are regarded as the friendliest by nature. They are at the same time highly sensitive to any adverse behavioural tendencies exhibited against them.

They have now started raising their voice against the subservient attitude displayed by the Chinese towards them. Protests involving burning of effigies of Xi Jinping have taken place from time to time. The aggressive and insensitive Chinese approach towards Nepal and the Nepalese people would undoubtedly have serious repercussions for China in the long run. (ANI) (W-News)