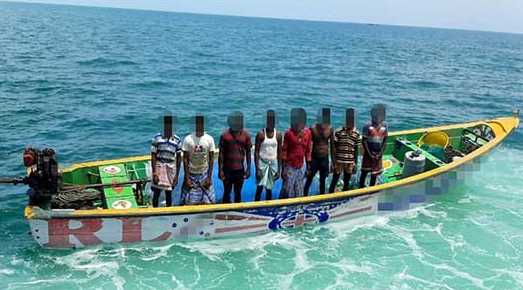 According to the Navy, four (04) Indian fishing vessels had entered Sri Lankan waters.

The Navy said the four Indian fishing vessels along with 40 fishermen were intercepted in Mannar.

The Navy said it turned back the four Indian boats after they were spotted in Sri Lankan waters.

The Sri Lanka Navy said that it has stepped up security in the island’s waters by increasing 24-hour patrols.

The Navy usually arrests Indians when they poach in Sri Lankan waters.

However, since the third wave of the coronavirus pandemic the Indians have been turned back instead of being arrested and brought ashore.

The Navy said it remains vigilant and continues to increase surveillance in Sri Lankan waters to prevent illegal immigrants from entering the country by sea. (Colombo Gazette)