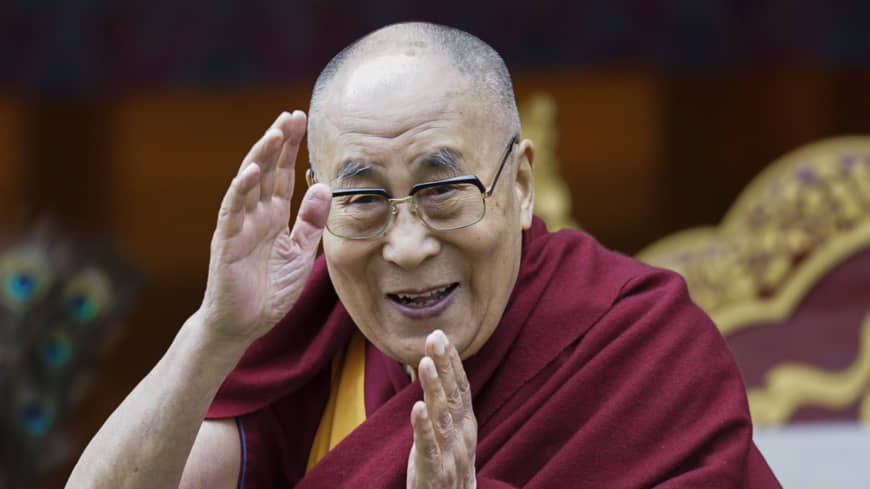 Tibetan spiritual leader the Dalai Lama on Friday lauded outgoing Central Tibetan Administration (CTA) President Dr Lobsang Sangay for his commendable ten years of service to the cause of Tibet.

In an interaction with outgoing Sikyong and Kalons of the 15th Kashag, the Dalai Lama expressed his appreciation, saying: “Lobsang Sangay did a commendable work these past ten years.”

The spiritual leader remarked that he has entrusted Dr Sangay to take on more responsibility towards the endeavour of the revival of ancient Indian wisdom as it remains one of his four principal commitments.

He also reaffirmed to live for more than 110 years with the hope and aspiration to serve the Tibetan interest, and humanity at large. “If I live long, it will be of benefit to the Tibetans inside and outside of Tibet,” he said.

This comes after the Tibetan Election Commission formally declared former Speaker Penpa Tsering as the next president of the Tibetan government-in-exile, officially called the Central Tibetan Administration (CTA). The president is known as the “Sikyong” in the Tibetan language.

Earlier this month, the election commission said there was a voter turnout of 63,991 (77.02 per cent) out of a total number of 83,080 registered voters, making this the highest turnout in the history of Tibetan elections in exile.

Penpa secured 34,324 votes, while the only other candidate in the fray, Kelsang Dorjee Aukatsang, secured 28,907 in a closely fought election worldwide on April 11, according to the International Campaign for Tibet.

Sikyong Dr Lobsang Sangay congratulated new Sikyong-elect Penpa Tsering and 45 new members elected to the 17th Tibetan Parliament-in-Exile after the official results of the 2021 elections were declared this afternoon.

Sangay who has held the office for two consecutive terms said he had spoken to Penpa Tsering to congratulate him on the election victory and offered his full cooperation to ensure a smooth transition of power.

Tibet is ruled by the Chinese Communist Party government based in Beijing, with local decision-making power concentrated in the hands of Chinese party officials. Tibet was a sovereign state before China’s invasion in 1950 when the People’s Liberation Army (PLA) entered northern Tibet. (ANI) (W-News)