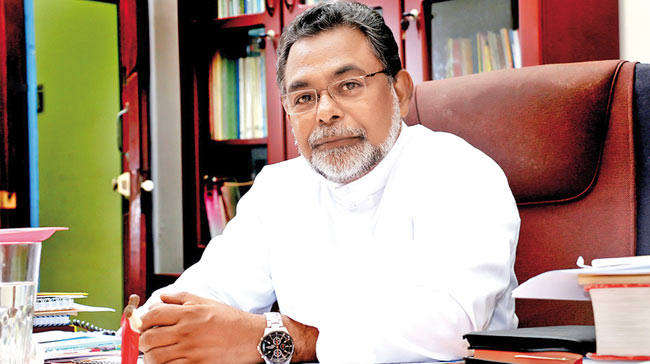 A leading Catholic priest has written to President Gotabaya Rajapaksa on blaming the public for everything.

Reverend Father Cyril Gamini Fernando said that the public were blamed for the third wave of the coronavirus.

The Catholic priest said that it seems the public were at fault for allowing the airports to be open and tourists to arrive from countries where the virus was spreading and for allowing festivities in Nuwara Eliya to be held.

He said that, similarly, it seems fingers are being pointed at the Catholics over the Easter Sunday attacks.

The outspoken Catholic priest expressed his views in an open letter to President Gotabaya Rajapakse.

He said in the letter that it was also the public that voted for the Bill on the Port City resulting in the land being given to China.

Reverend Father Cyril Gamini Fernando said that the only intelligent thing the public did was to elect the 225 members to Parliament. (Colombo Gazette) 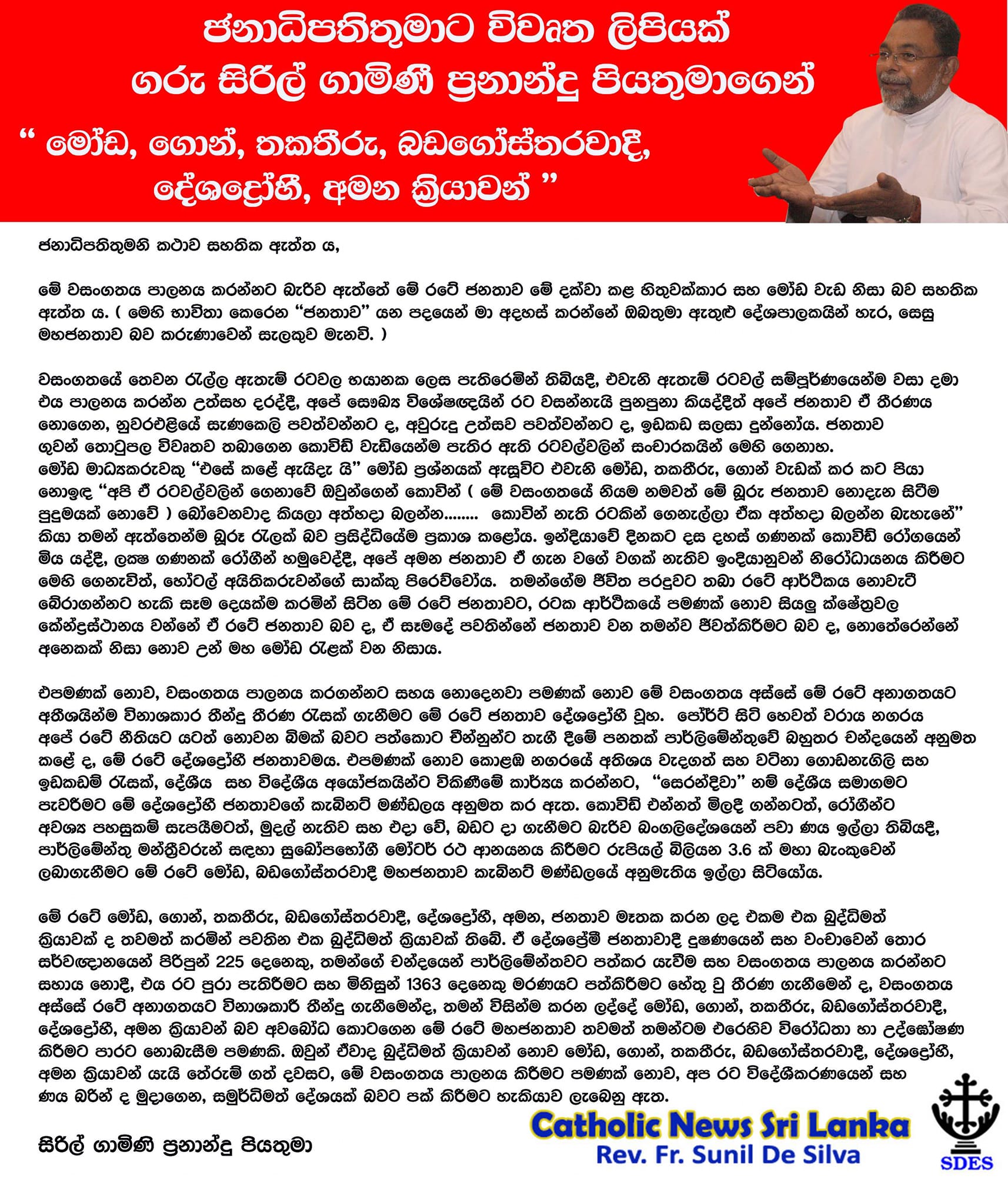