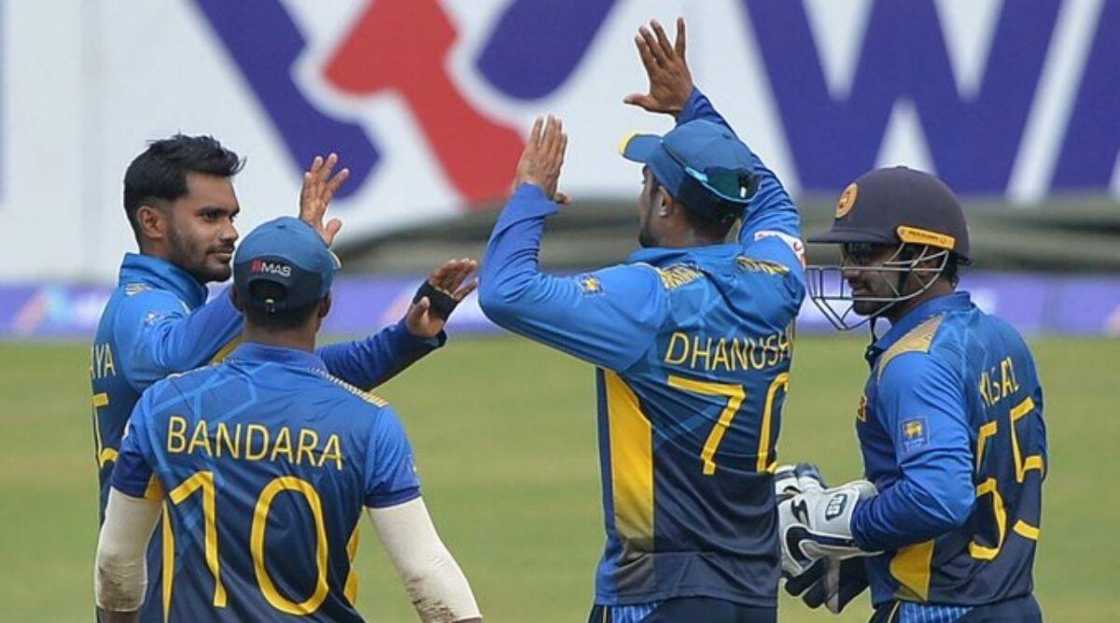 Sri Lanka registered their first win in ICC Men’s Cricket World Cup Super League in their sixth attempt with a commanding 97-run victory, however, they lost the series to Bangladesh 2-1.

The visitors now have eight points in the CWC Super League standings; while Bangladesh still lead with 50 points.

After Sri Lanka won the toss and opted to bat, they posted a competitive total of 286/6 thanks to a masterful ton by Kusal Perera and a fifty by Dhananjaya de Silva. In response, Bangladesh stuttered in the chase as Dushmantha Chameera picked up his first ODI five-wicket haul that helped them bowl Bangladesh out for 189.

Sri Lanka got off to a dream start as captain Kusal Perera and Danushka Gunathilaka cruised past the 50-run mark in a mere 6.4 overs. They managed 77 runs in the powerplay and displayed counter-aggressive intent from the get-go.

The opening stand of 82 runs off 68 deliveries was brought to an end by Taskin Ahmed who snared two wickets in the 12th over; he first dismissed Gunathilaka for a 33-ball 39 followed by Pathum Nissanka for a duck and thus went past 50 ODI wickets.

Sri Lanka brought the innings back on track with successive fifty-plus partnerships. Perara paired with Kusal Mendis for a 69-run stand, which was broken by Taskin after Kusal Mendis (22) miscued one to mid-off.

Perera then continued his resistance and even had a reprieve when Mahmadullah dropped him on 99. He went on to score his sixth ODI ton that was studded with 11 fours and a six. His sensational knock of 120 came in 122 balls as Shoriful Islam dismissed him with Mahmadullah getting another shot at redemption, this time completing the catch.

Dhananjaya de Silva came through for Sri Lanka with an unbeaten 55* to help them reach a competitive total of 286/6 in their quota of 50 overs with Taskin returning a four-wicket haul.

In reply, the hosts found themselves in troubled waters with Chameera single-handedly demolishing Bangladesh’s top-order with three wickets in the powerplay. They were reduced to 28/3 with Mohammad Naim, Shakib Al Hasan, and Tamim Iqbal back in the dressing room.

Mushfiqur Rahim and Mossadek Hossain scripted a cautious 56-run stand in 83 balls. But off-spinner Ramesh Mendis picked the all-important wicket of Mushfiqur, who perished for a 54-ball 28.

Hossain went on to make a half-century but a heedless shot selection led to his fall soon after. Mahmudullah smashed 53 from 63 balls but with the tail up it was too little too late for Bangladesh.

They were bundled out for 189/10 in 42.3 overs, falling short by 97 runs. Despite the loss, Bangladesh had ensured a series win by winning the first two games of the three-match ODI series. (ESPN Cricinfo)