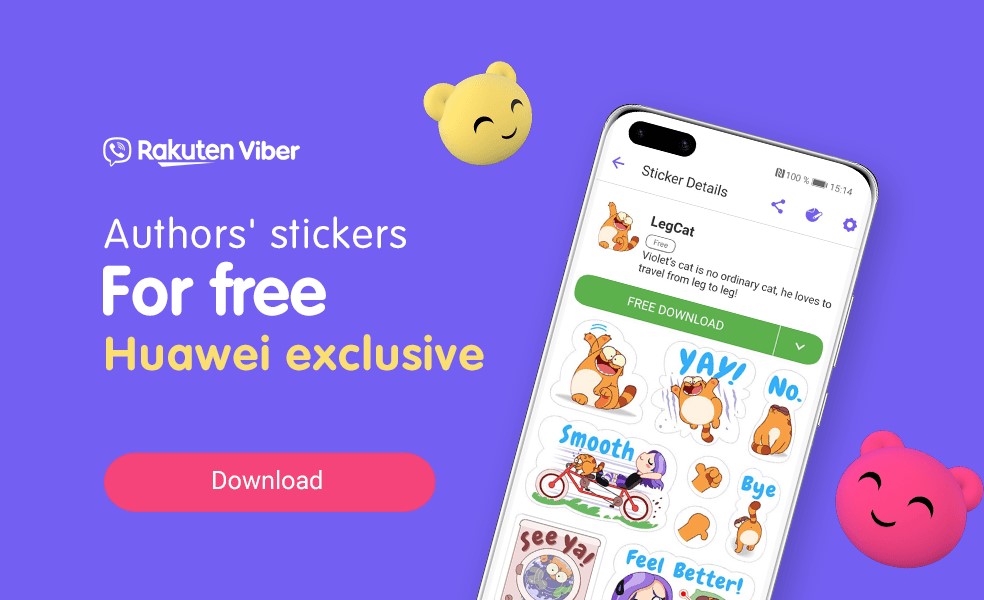 Huawei, one of the leading global technology companies, announced it is expanding its long-term brand cooperation with Viber following a successful consumer response to one of the world’s leading apps for free and easy communication on AppGallery.

The service, which has hundreds of millions of users in 190 countries, was one of the first major brands to join AppGallery and is one of the most popular.

Viber enables voice and video calls, messaging, and group chats, and has  achieved a strong global presence with 62m app distributions¹ through AppGallery in many regions. The two companies are now working together to deliver deeper engagement with the growing user-base.

Part of Viber’s success on AppGallery has been its ability to embrace Huawei’s “Global +Local” strategy, which focuses on developing relationships with app providers whose solutions are designed to give high quality, locally oriented services to people.

As part of the business partnership, Viber has released a customised app update, in which all Viber-owned sticker packs are exclusively free for users with the latest version of Viber app downloaded from AppGallery.