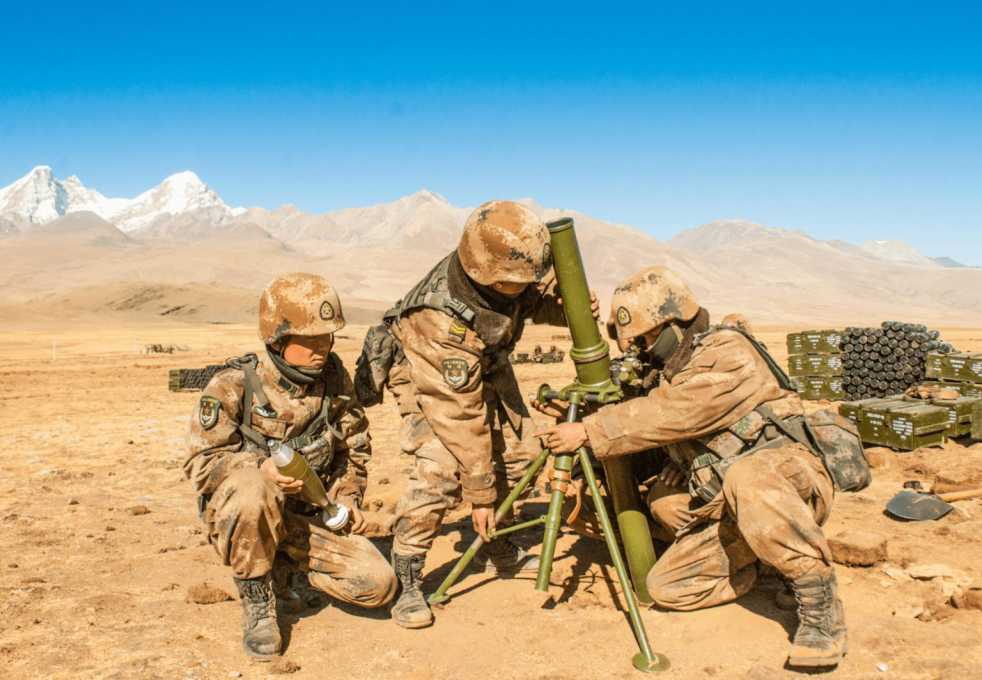 Efforts toward a peaceful solution to the Sino-Indian border standoff appear to be a bit more distant following highly publicized moves by Beijing to boost its Western high-altitude plateau regions with new weapons systems.

According to a report in the Global Times, the Chinese People’s Liberation Army (PLA) announced the deployment of new self-propelled rapid-fire mortars to conduct “mobile, hit-and-run firing positions.”

The arrival of the self-propelled mortars are the fourth new type of weapons systems the PLA is bringing to the region, an effort including the addition of a new 122-millimeter caliber self-propelled howitzer, armored assault vehicles and long-range multiple rocket launcher systems.

The HQ-17A, which made its debut at the National Day military parade in Beijing in 2019, is China’s most advanced field air defense missile system, and a single PHL-11 can carry 40 rockets and provide strong firepower.

According to defense analyst Kris Osborn of National Interest, due to the parabola-like trajectory of how they fire, mortar weapons can be particularly useful in mountainous regions as they can enable advancing forces to attack otherwise tough to reach enemy positions at higher or significantly lower altitudes.

Precision, however, seems to be crucial here as the logistical burden would likely make it very difficult if not impossible to transport large amounts of mortar munitions up to higher altitudes, even if they were air-dropped by helicopters.

“We are very excited to get the new weapons,” Li Jun, a soldier with the unit, told CCTV. “It’s very fast and saves stamina. It’s a very big change for us.”

Global Times says the self-propelled mortar system is based upon a “four-wheeled off-road assault vehicle,” something which seems to indicate a possibility for high-altitude combat.

This provides significant tactical advantages especially on oxygen-lacking plateau regions with challenging terrain such as the Himalayas.

The Global Times notes that “PLA Xinjiang Military Command is forming a complete, modern ground combat system which is particularly of significance to plateau combat.”

Almost a year later, tensions remain high along the disputed boundary in the inhospitable Ladakh region, where at least 21 Indian soldiers and four Chinese soldiers were killed.

Both countries still have tens of thousands of troops, and significant amounts of military hardware, deployed. Military officials have held 11 rounds of talks on troop withdrawals but progress has been minimal.

At the same time, a large-scale, high-tech Chinese buildup near its border with India does seem a bit curious in some respects, writes Osborn.

While any capable land force could function as a deterrent against any kind of incursion India might be contemplating, the region’s plateaus, rigorous, uneven mountain terrain and high altitudes make it a location inhospitable to any kind of land war.

Given the mountains on either side of the India-China border, it seems very unlikely that either Army could substantially advance into the other country, regardless of the size of the mechanized force.