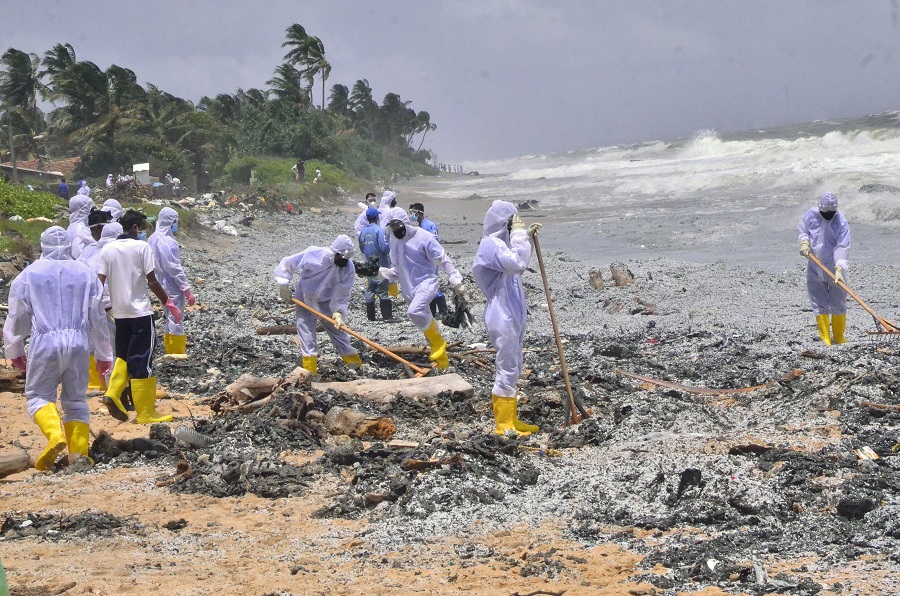 The fire on the ship MV X-Press Pearl has had a serious impact on the environment with debris now spread between Negombo and Moratuwa, Daily Mirror reported today.

The Marine Environment Protection Authority (MEPA) said that major damage has already been caused to the environment as a result of the blaze on the ship which has lasted for a week as of yesterday (Thursday).

However, she said the pollution had spread from Negombo to Angulana in Moratuwa as of yesterday.

She said that seven highly polluted areas have been identified and over 900 officers from the military and other agencies have been deployed to asses the damage.

Lahandapura said that the impact to the environment in parts of Colombo, including Wellawatte are also being assessed.

Concerns have been raised over the impact the fumes from the burning ship will have on residents in the Negombo area.

An official told Daily Mirror that chemicals mixed with the plastic could also have a long term impact on people in the area who came in contact with the material.

The MEPA Chairperson said that they have taken water samples and are also monitoring the air quality.

She said that marine life is also expected to be seriously affected in the polluted areas.

“These days we are also doing testing on sand samples and fish,” she said.

Lahandapura said that the fish in the polluted areas will most likely consume the plastic and eventually when people consume the same fish that would pose a threat.

Fishermen in the Negombo area have been banned from fishing as a result of the threat posed by the burning ship.

She also said that the plastic washed shore will breakup into smaller pieces and pose a long-term threat to the environment.