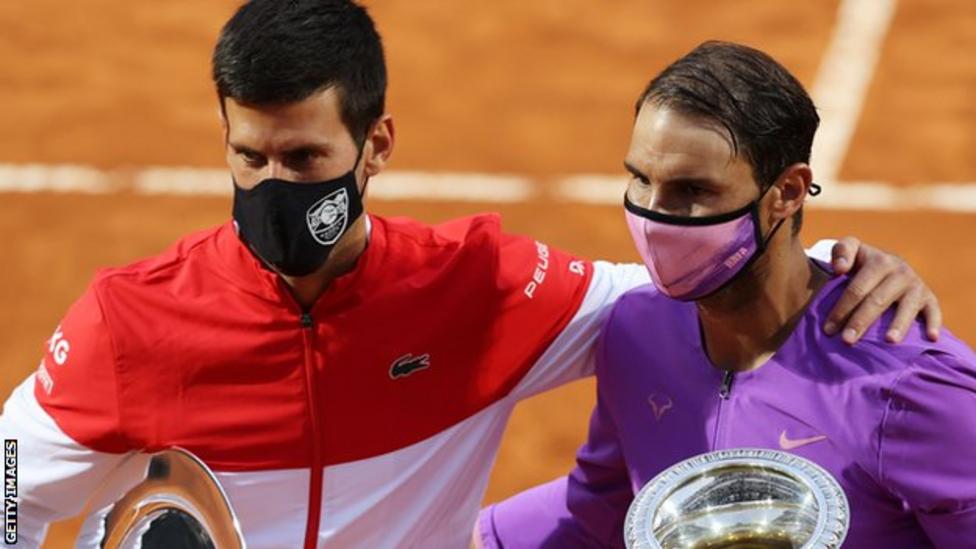 Defending champion Rafael Nadal could meet Novak Djokovic in the French Open semi-finals after the pair landed in the same half of the men’s draw.

Nadal, 34, is a record 13-time champion at Roland Garros but is seeded third behind Djokovic and Daniil Medvedev.

Swiss eighth seed Roger Federer has also been drawn in the same half as Nadal and Djokovic.

Federer, 39, returns to the Paris clay after missing last year’s tournament through injury and will face a qualifier in his opening match, with Djokovic potentially looming in the quarter-finals.

In the women’s draw for the tournament that starts on Sunday, Australian world number one Ashleigh Barty starts against 70th-ranked American Bernarda Pera.

Japanese second seed Naomi Osaka, who says she will not speak to the media during the tournament, faces Romania’s Patricia Maria Tig.

The singles draws were made behind closed doors at Roland Garros on Thursday, with the draws for the men’s and women’s doubles set to take place on Sunday. (Courtesy BBC)