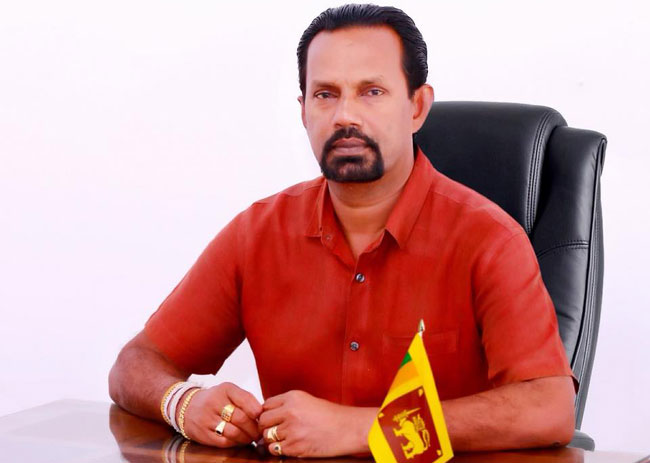 Moratuwa Mayor Samanlal Fernando has been arrested for behaving in an unruly manner during a COVID-19 vaccination drive organized in Moratumulla yesterday.

He is accused of obstructing the duties of a medical officer engaged in the vaccination programme.

The Mayor is reported to have instructed the medical officer to inoculate those he had issued tokens to and not those who have gathered to obtain the vaccine. The Mayor is said to have issued the tokens to his close associates.

As the medical officer had refused to follow his orders, an argument had ensued between the two parties.

The female medical officer had thereafter filed a complaint at the Mount Lavinia Police against the Mayor, accusing him of making threats and obstructing her from carrying out her duties.

The Mount Lavinia Police had commenced investigations into the incident, following which the Mayor himself had surrendered to the Police.

Samanlal Fernando, who is a member of the ruling Sri Lanka Podujana Peramuna (SLPP), has been remanded till the 11 of June.

He was remanded after being produced before the Moratuwa Magistrate’s Court today. (Colombo Gazette)