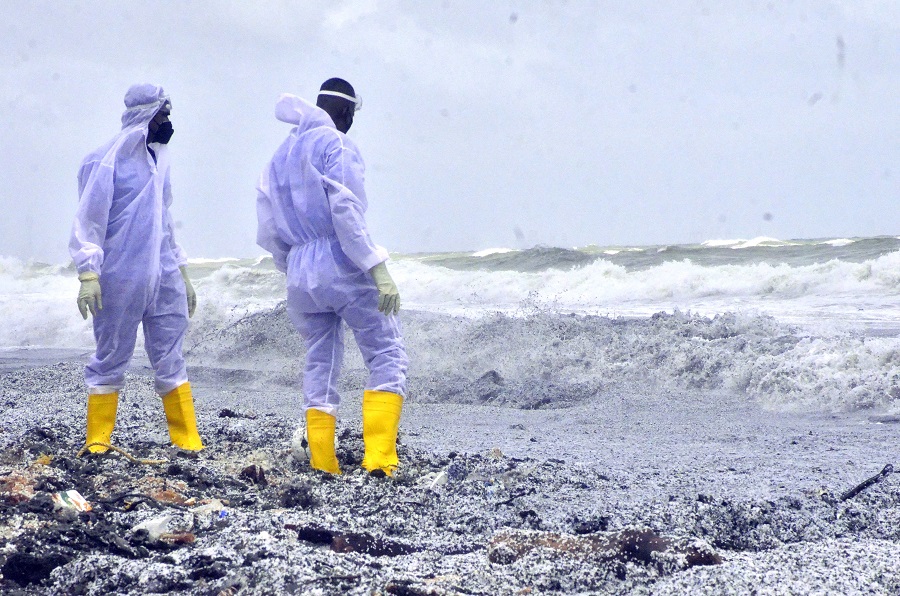 A large amount of marine life have been killed as a result of the pollution from the ship MV X-Press Pearl, the Government said today.

He said that more such loss of life is expected over the next few days.

The Minister said that damage which could not be prevented as a result of the pollution has now occurred.

The State Minister also dismissed claims that the ship was refused entry to two other ports before being allowed to enter Sri Lankan waters.

He said the ship had anchored at ports in India and Qatar before arriving in Sri Lanka.

Dr. Nalaka Godahewa said that the ship was scheduled to arrive at the Colombo Port with goods to be offloaded.

The Marine Environment Protection Authority (MEPA) said that major damage has already been caused to the environment as a result of the blaze on the ship which has lasted for a week as of yesterday (Thursday). (Colombo Gazette)