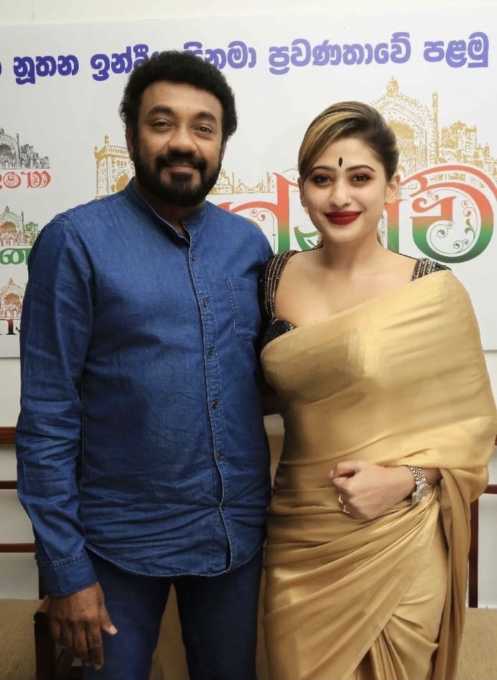 Local talent is crossing the border; several Lankan artists have attracted the attention of Indian filmmakers. Actress Piumi Hansamali is one of them, and she will be sharing screen space with veteran Sri Lankan actor Jackson Anthony for the Malayalam production.

The Malayalam production will have Piumi playing an important role. She has been a part of the Lankan film industry for ten years and now wants to do challenging and character-based roles.

“Most of the work is now overseas, and I am focusing on international projects and have signed two Indian films. I will be playing pivotal roles. I am so happy that I am working with Jackson Anthony and some other prominent artists from the Malayalam industry.

The Malayalam film industry is known for its impacting storylines and production values. I am thankful for the opportunity, and my role in the movie is something different and its new experience for me”.

Recently, Piumi was made brand ambassador for a popular Maldivian resort and will be a part of the launch soon.

“I am hoping to travel to The Maldives once the situation is conducive for travel.  Currently working on the arrangements for the launch, and we are working around the pandemic. I am looking forward to this, as it will help me promote Sri Lanka and Lanka talent”.

Piumi Hansamali is outspoken and was involved in various controversies in the past, but now she is has transformed herself and is keen on her film career going international. “I am brushing up my acting skills and want to deliver good work. To sustain in the industry, work in international I must work on improving myself”.

The actress offers in Australia too but is taking it slow. “Last year and the start of this year should have been in India shooting, but the pandemic has brought everything to a halt.  Hopefully, in a few months, I will be able to travel to India and focus on Australia once I am done with my commitments”.

As she prepares to conquer the Indian film industry, she wants to try her luck in other film industries and is auditioning for roles. Piumi believes that whatever she has achieved, she wants to give back through cinema.  The ten years have been phenomenal, with a lot of ups and downs for her.

“I have made mistakes and learnt. Now, I would like to groom young talent and help them get a good footing in the industry. I feel I have so much to give back, and we have a lot of talent that requires good guidance. And I have a lot of other things happening, and it’s taking good shape and I want to promote Sri Lanka wherever I work in the world”.