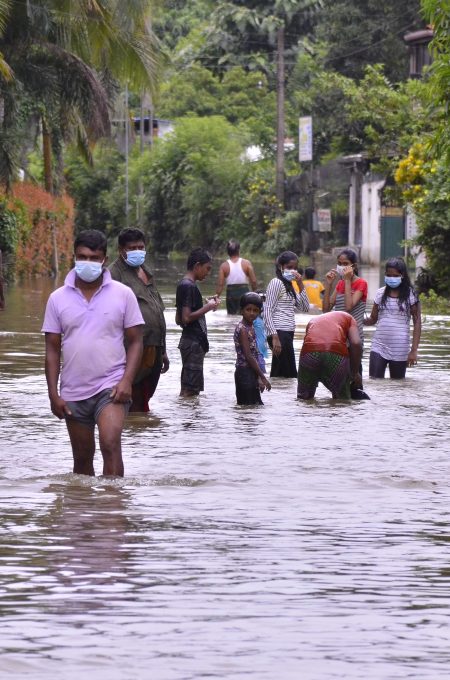 The aid will benefit 7,500 people in some of the most affected areas in the districts of Colombo, Galle and Gampaha.

The EU funding supports the Sri Lanka Red Cross Society in delivering emergency relief to the most affected families, including those who are currently living in temporary shelters or evacuation centres, as well as to people returning home after water levels have receded.

The support focuses on providing access to clean water and sanitation, particularly through cleaning the contaminated wells. First aid and medical services will also be provided, along with hygiene awareness sessions, to avoid the spread of waterborne diseases, as well as the coronavirus. Affected people will also receive household items and kitchen sets such as bed sheets, torches, cooking pots and kitchen utensils.

The funding is part of the EU’s overall contribution to the Disaster Relief Emergency Fund (DREF) of the International Federation of Red Cross and Red Crescent Societies (IFRC).

Between 12 and 14 May, the southwest monsoon weather conditions and cyclone Tauktae caused heavy rainfall in large parts of Sri Lanka, triggering widespread flooding in nine low-lying districts in Central and North Western, Sabaragamuwa, Southern and Western provinces. The districts of Colombo, Gampaha and Galle were the worst-hit areas.

According to information released by the national Disaster Management Center on 17 May, more than 43,000 people have been affected and almost 15,000 houses have been damaged, some of them destroyed.

Heavy rain continues in these regions as another cyclonic storm, Yaas, has formed over the Bay of Bengal. The floods comes as Sri Lanka is struggling to cope with a third wave of the coronavirus pandemic.

The European Union together with its Member States is the world’s leading donor of humanitarian aid. Relief assistance is an expression of European solidarity towards people in need around the world. It aims to save lives, prevent and alleviate human suffering, and safeguard the integrity and human dignity of populations affected by natural disasters and man-made crises.

Through its European Civil Protection and Humanitarian Aid Operations (ECHO), the European Union helps over 120 million victims of conflicts and disasters every year. (Colombo Gazette)