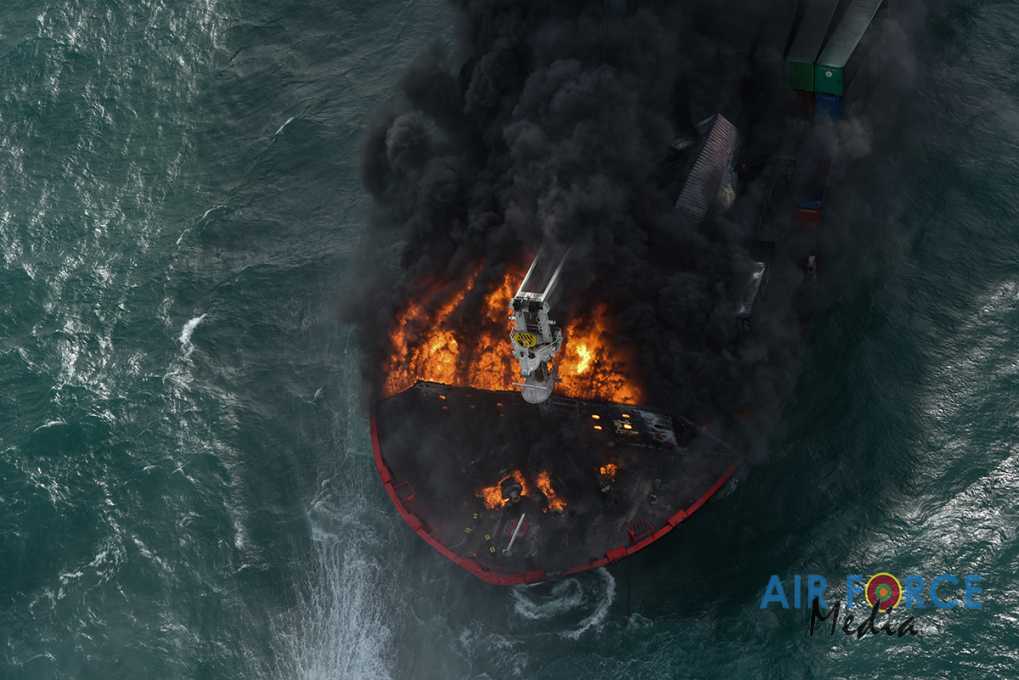 X-Press Feeders, operators of the container ship ‘X-Press Pearl’ have denied claims the ship was refused entry to India and Qatar before reaching Colombo.

The operators said that the reports that the vessel was denied entry into Hazira Port in India and Hamad Port in Qatar are incorrect.

The ship underwent discharge and loading operations in both ports before continuing on its planned journey to Colombo.

X-Press Feeders said applications had been made to both ports to offload a container that was leaking nitric acid, but the advice given was there were no specialist facilities or expertise immediately available to deal with the leaking acid.

The ship operators said that firefighting operations to extinguish the blaze aboard the vessel have continued through today despite the ongoing adverse weather conditions.

Firefighting tugs have constantly been spraying and misting the stricken vessel with support from the Sri Lankan Navy and Indian coastguard, who remain on scene. The ship remains at anchor off Colombo port.

The crew member who was transferred to a special facility in a military hospital after testing positive for Covid-19 remains asymptomatic and is recovering from a leg injury sustained during his evacuation from the vessel. A second injured crew member continues to recover from his injuries in a local hospital. All other crew members who remain in a Colombo quarantine facility are in good health and are in contact with their families. (Colombo Gazette)