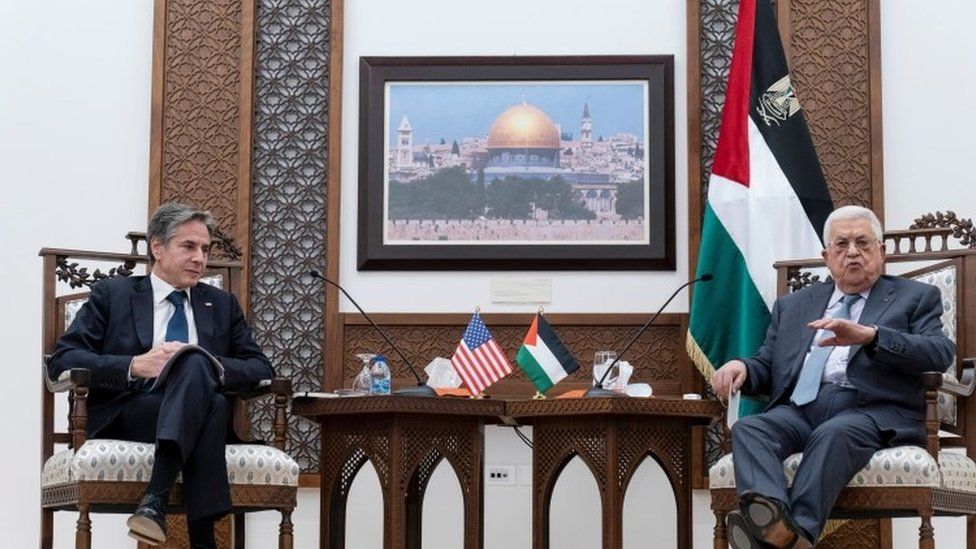 The US has promised to repair ties with the Palestinians by reopening a consulate in Jerusalem and help rebuild the conflict-torn Gaza Strip.

More than 250 people were killed in 11 days of fighting between Gaza militants and Israel earlier this month.

The vast majority of the victims were in Gaza.

The violence came after weeks of increasing Israeli-Palestinian tension in occupied East Jerusalem which culminated in clashes at a holy site revered by both Muslims and Jews.

Blinken tweeted that he discussed “deepening America’s partnership with the Palestinians” during his Tuesday’s talks with Palestinian Authority President Mahmoud Abbas and Prime Minister Mohammad Shtayyeh in Ramallah.

He promised to advance the process of reopening the US consulate in Jerusalem that had served as its diplomatic channel to the Palestinians.

The consulate was closed by President Joe Biden’s predecessor Donald Trump in 2019, angering the Palestinians and straining bilateral relations.

The former president put the Palestinians under the authority of his ambassador to Israel when he relocated the embassy from Tel Aviv to Jerusalem.

A senior Palestinian official told the AFP news agency that discussions were taking place over reopening the Palestine Liberation Organisation (PLO) office in Washington DC, which was closed during the Trump administration.

To help rebuild Gaza, the Biden administration has recently said it will ask Congress for $75m (£52m) in assistance.

He added that the US would also provide $5.5m in immediate disaster assistance for Gaza and $32m to the United Nations Relief and Works Agency (UNRWA), the UN agency for Palestinian refugees.

But Mr Blinken stressed that Washington would ensure that Hamas, which controls Gaza, did not benefit.

Hamas is designated as a terrorist group by the US, EU, UK and Israel. (Courtesy BBC)