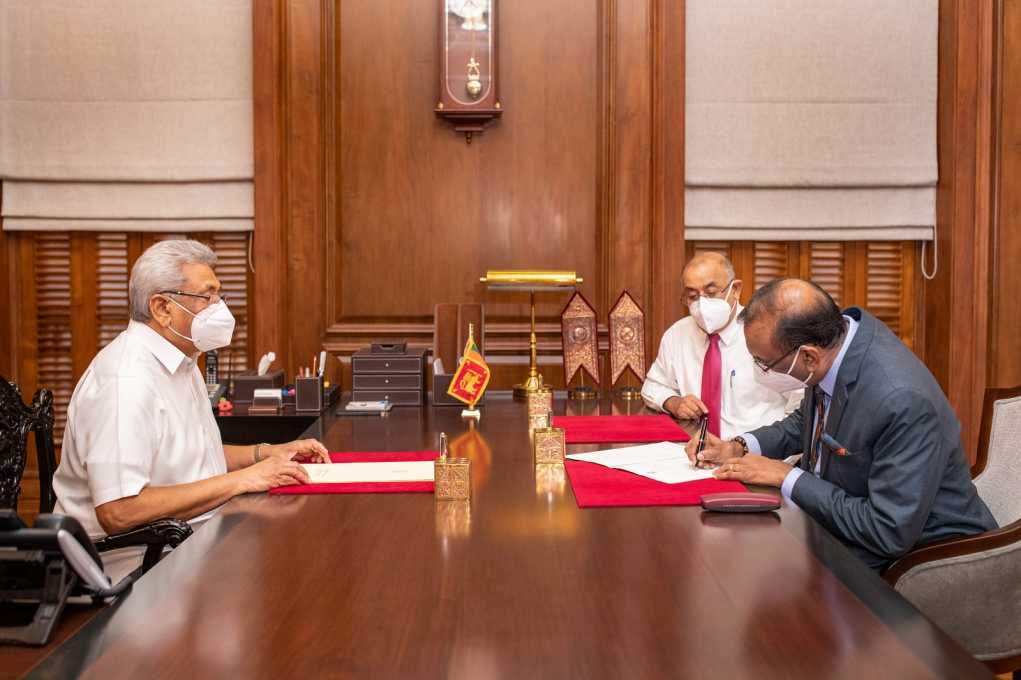 He took oaths as the new Attorney General of Sri Lanka before President Gotabaya Rajapaksa at the Presidential Secretariat today.

President’s Counsel Sanjay Rajaratnam replaces Attorney General Dappula de Livera, who was appointed to the post in May 2019.

Dappula de Livera retired yesterday from his position as the Attorney General of Sri Lanka after serving for a period of two years.

Earlier this month, the Parliamentary Council decided to concur with the proposal of President Gotabaya Rajapaksa to appoint Sanjay Rajaratnam as the Attorney General.

In 2019, he was appointed as the Acting Solicitor General by the Public Service Commission (PSC).

Rajaratnam had replaced then Solicitor General Dilrukshi Dias Wickramasinghe who was interdicted by the PSC over an alleged incriminating telephone conversation with Avant-Garde Chairman Nissanka Senadhipathi. (Colombo Gazette)