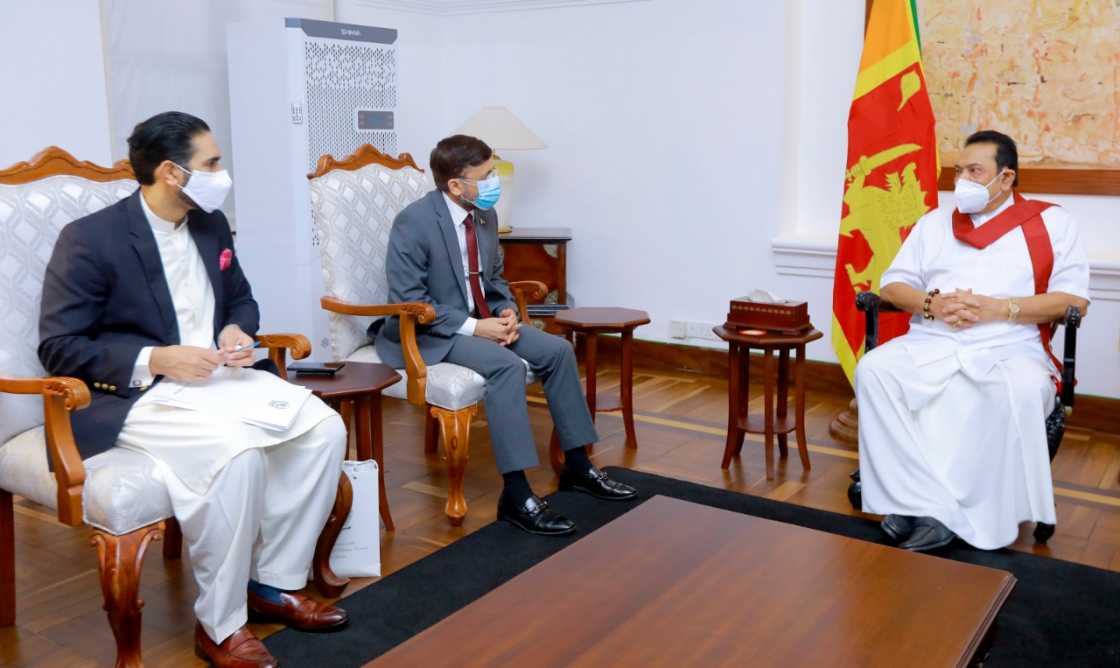 Pakistan says it is committed to providing continued support to Sri Lanka.

During the meeting, a detailed discussion was held regarding bilateral areas of cooperation and interest between the two friendly countries, including economic cooperation, trade, educational cooperation and sports diplomacy, with a special focus on promoting cultural heritage and religious tourism between Pakistan and Sri Lanka.

The High Commissioner apprised the Prime Minister regarding the various initiatives undertaken by Government of Pakistan to promote religious tourism, especially the recent high-level visit of the Most Venerable Buddhist Monks visit and the production of a documentary in collaboration with Sri Lankan film producer to highlight the grandeur of Gandhara heritage in Pakistan.

Further, the Prime Minister was also briefed regarding the higher education opportunities available to Sri Lankan students under the recently announced round of Allama Iqbal Scholarships, offered by the Government of Pakistan across all fields of study.

The High Commissioner emphasized the importance of enhanced collaboration between the two brotherly countries for the uplift of our people. He further said that Pakistan is committed to providing continued support to Sri Lanka.

Both sides agreed to strengthening bilateral cooperation in various fields between the two friendly countries, with special focus on promoting religious tourism and to enhance people-to-people contact.