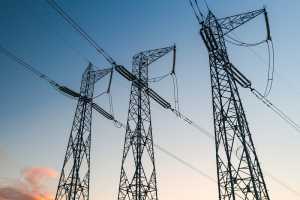 The electricity supply has been disrupted in several areas following heavy rains and strong winds.

The Ministry of Power said 76,000 consumers have been affected due to the power outage.

The Ministry said electricity supply has been disrupted in the Dambulla, Kegalle, Rathnapura, Balangoda, Horana, Ingiriya, Kurunegala, and Kuliyapitiya areas.

It added that the power outages have been caused as a result of trees falling onto transmission cables due to the adverse weather.

Meanwhile, the Department of Meteorology said the impact of the cyclonic storm “YASS”, on the weather over Sri Lank and surrounding sea areas is expected to reduce gradually.

Showers will occur at times in the Western, Sabaragamuwa, Central, and North-Western Provinces and in the Galle and Matara Districts.

Wind speed can increase up to 40-50 kmph at times in the Western slope of the Central hills, Northern, North-Central, and North-Western Provinces and in the Trincomalee and Hambantota Districts, it said.

The Met Department requested the public to take adequate precautions to minimize damages caused by strong winds and lightning during thunderstorms. (Colombo Gazette)

Power cuts to be enforced from today