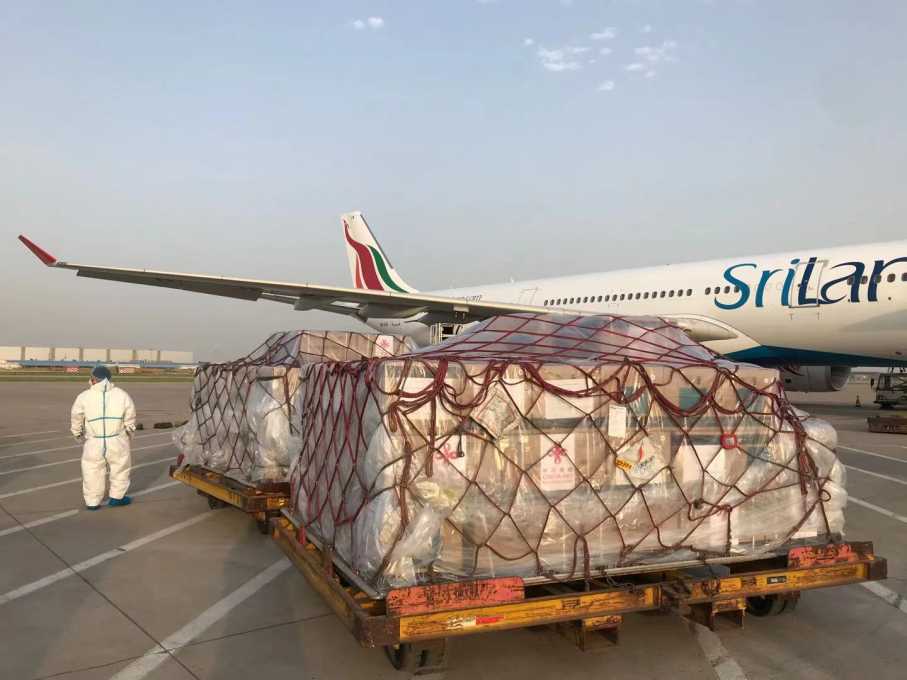 Another 500,000 doses of Sinopharm vaccines arrived in Sri Lanka from China today.

The vaccines were received at the Bandaranaike International Airport by Ministers and officials from the Chinese Embassy in Sri Lanka.

Sri Lanka earlier received 600,000 doses of the vaccine from China as a donation.

The vaccine was initially administered to Chinese nationals residing in Sri Lanka, as it was yet to be approved by the World Health Organisation (WHO) for emergency use in Sri Lanka.

Guidelines on the use of the vaccines published by the Ministry of Health have listed pain and headache among the side effects listed for the Sinopharm vaccine.

The Government is expecting a total of another 3 million doses of the Sinopharm vaccine from China which includes the stock received today.

Nearly 457,840 people have received the Sinopharm vaccine as the first dose in Sri Lanka.

Meanwhile, 2,435 people among them have received the second jab as of last week (19). (Colombo Gazette)