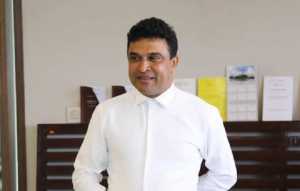 More Parliamentarians have tested positive for the coronavirus.

He said they are the latest to test positive after Opposition Leader MP Sajith Premadasa and his wife were initially found to have contracted the virus.

So far two Opposition Parliamentarians have contracted the virus. Ten MPs from the Opposition who were identified as close associates of MP Premadasa have been instructed to isolate, Fernando said.

He added that all members of Parliament have been urged to take necessary precautions as they had attended Parliament proceedings along with the infected MPs.

Stating that all party members had engaged in a discussion on Tuesday and on Friday with the infected Parliamentarians, he said they had also attended Parliament sittings together.