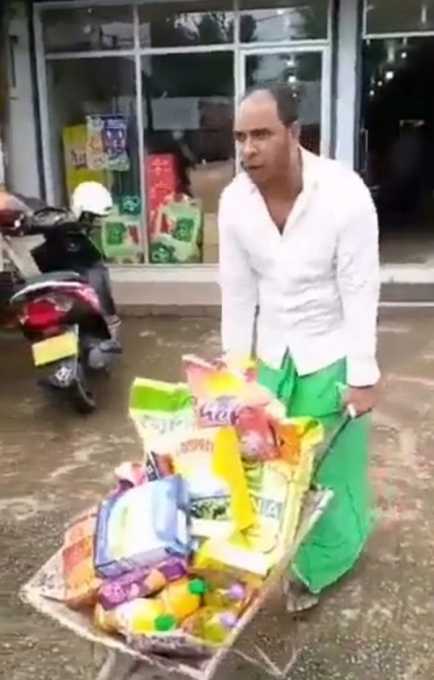 A man seen leaving a supermarket with goods in a wheelbarrow has been arrested for violating the quarantine laws.

The Police said the 40-year old man is a resident of Aluthgama.

A video circulated on social media today of the man pushing a wheelbarrow with goods in it after shopping.

The man had been without a face mask resulting in the Police launching an investigation to identify him.

Various social media posts of people with wheelbarrows were created after the Government had announced that the public will not be allowed to travel to the market today in a vehicle.

The video of the man pushing the wheelbarrow was among the posts that went viral on social media. (Colombo Gazette)