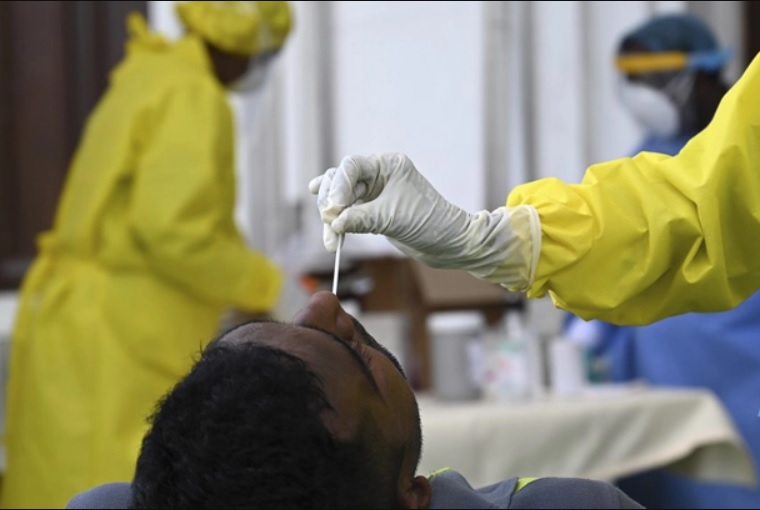 Several people have been found to be infected in Narahenpita and other parts of Colombo.

The National Operations Centre for the Prevention of the COVID-19 Outbreak said that 73 people have been found to infected in Narahenpita.

The 73 people were detected in Narahenpita over a 24-hour period ending at 6am today.

Officials also said that 45 people were detected in Wellawatte, 51 in Avissawella, 43 in Dehiwala, 56 in Maharagama, 32 in Mount Lavinia, and 74 in Piliyandala during the same period.

The National Operations Centre for the Prevention of the COVID-19 Outbreak said that a total of 800 people were found to be infected in the Colombo District.

Officials said that 3,547 people were detected with the coronavirus around the island during this period.

Since the Sinhala and Tamil New Year, 61,341 people have been infected in Sri Lanka. (Colombo Gazette)