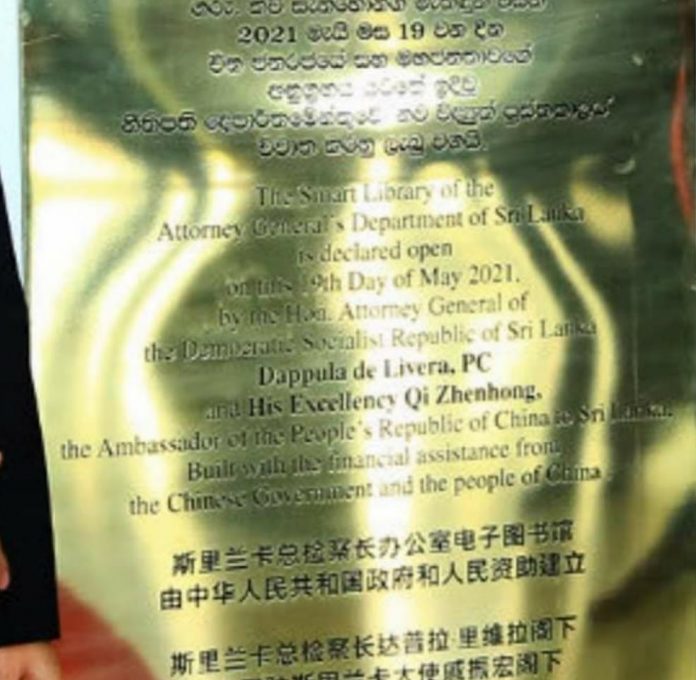 A plaque placed in the premises of the Attorney General’s (AG) Department has been removed following an uproar as it had wordings in English, Sinhalese and Mandarin and not Tamil.

The AG’s Department today announced that the plaque was removed as it did not have wordings in Tamil.

The plaque was placed following the opening of an electronic library constructed with Chinese funding at the new building of the AG’s Department.

The AG’s Department was criticised for not including Tamil in the plaque but only English, Sinhalese and the Chinese language.

“It’s an internal E-Library in the AG’s Department, funded by the Government and People of China. Chinese language is displayed as a kind gesture towards China, which is highly appreciated,” the Chinese Embassy in Sri Lanka had tweeted earlier in response to criticism over the plaque.

Just recently concerns had been raised over a name board placed at the Colombo Port City which had English, Sinhalese and the Chinese language and not Tamil. (Colombo Gazette)