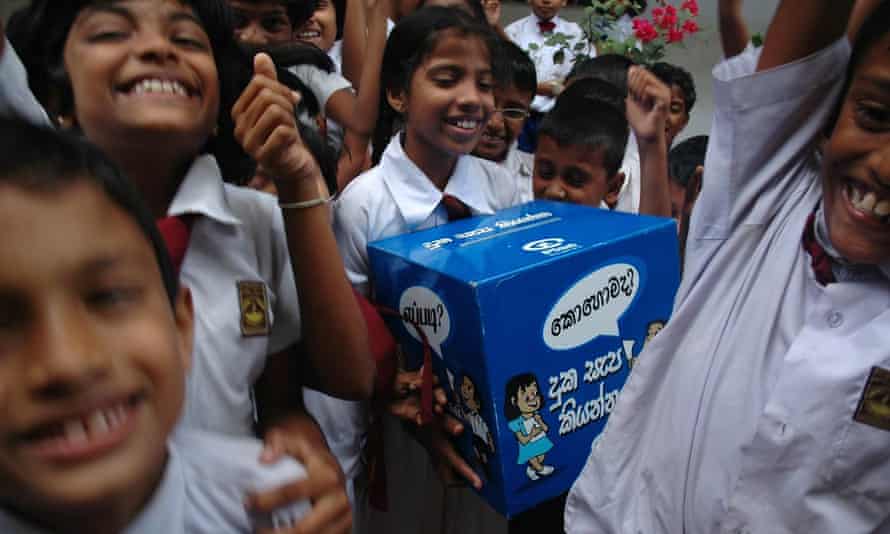 One of the world’s largest children’s rights charities has admitted it “made a number of mistakes” when it left Sri Lanka abruptly last year, amid accusations it had misled the public and donors and failed 20,000 vulnerable children in the country, The Guardian reported.

Former employees and provincial governors who spoke to the Guardian described Plan International’s exit as “irresponsible”, “cynical and indefensible”.

Child sponsors, who provided most of Plan International’s funding in Sri Lanka, said they were “shocked and disappointed” by the charity’s handling of its departure and the lack of transparency over the impact of the move on the children.

In December 2019, after four decades in the country, Plan International announced it was leaving Sri Lanka owing to the “significant growth” of the country’s economy and a “marked improvement” in its UN Human Development Index ranking.

In January 2020, child sponsors received letters telling them that projects they had funded through the children’s families would be handed over to local partners. They were given two weeks to send a goodbye letter to children many had supported for years, and were offered new children in other countries to sponsor.

Plan admitted that costs had been one of the “multiple factors” it considered when leaving. It said it had conducted a thorough assessment of “the continued viability of operating successfully in the country” and that costs were “escalating due to security and other factors”.

Internal reports from 2018 seen by the Guardian have revealed “unsustainably high levels of operating costs” and “exceptionally low levels of staff morale” at Plan International in Sri Lanka. A draft internal report in 2019 said the organisation began a “complex and challenging transformation process”, which resulted in staff unrest, strikes and protest”.

An investigation into Plan’s exit, published by the Norwegian global development website Bistandsaktuelt, which shared source material with the Guardian, revealed that families of sponsored children from Uva, one of the poorest areas of Sri Lanka, did not know why Plan had left and that no one had taken over the projects as promised.

“No one has helped us as Plan did,” Lalini, a mother of two from Monaragala district in Uva told Bistandsaktuelt. “They contributed to better schools and to people without work being able to start their own business. They really did a great job.

“We had been told by Plan staff they would continue to help us for five more years, but suddenly they were just gone. And no one has told us what happened, why they just left.”

Subashini, 12, from a remote village in Uva, spoke of her “good memories” of receiving annual gifts from a Japanese couple who sponsored her. She was able to receive extra tuition in maths and the local language Sinhala. Plan also helped to build a latrine for the family.

“After they left, we’ve lost all support,” said Subashini. Her mother said the family was struggling to make ends meet, which threatened her daughter’s schooling.

Dr Manoj Fernando, former head of the Foundation for Health Promotion, a Sri Lankan NGO that worked on nutrition projects in Monaragala and Anuradhapura districts, said no alternative arrangements to support the children were put in place by Plan when it left.

“We heard Plan had suddenly shut down from other sources,” Fernando told the Guardian. “We were upset about it.”

Maithri Gunaratne, former governor of Uva, said: “Plan has failed these children. Hopes were raised with communities and thereafter dashed to the ground.”

Gunaratne, who had signed a memorandum of understanding with Plan to improve education in the province in 2019, three months before it announced it was leaving, said it had acted “irresponsibly”, leaving “the poorest of the poor in the lurch”.

“We gave them priority as a reputable NGO. We stopped public finance in those areas and we gave the opportunity to Plan to finance things.

“Those children were promised water and sanitation and livelihoods for women. They misled the donors.”

Plan, which has supported children from poor and vulnerable families in Monaragala, Uva, Ampara, and Anuradhapura districts for many years, enrolled a further 1,000 children into the sponsorship scheme in 2019, with the backing of local authorities.

Sundari Jayasuriya, deputy country director of Plan Sri Lanka from 2017 to 1 December 2019, has accused the NGO of “dishonesty and duplicity” by saying the closure of its operations in the country was because of economic development.

“In my opinion, the sudden closure was primarily due to the leadership’s inability to strategically and effectively deal with internal struggles and high costs.”

Jayasuriya said international organisations had a right to end operations, but that they should do so “ethically, responsibly and transparently, making sure those who rely on them are not let down”.

“What happened in Sri Lanka is an example of costly fly-by-night top-down organisational restructure processes where decisions are made in haste with little local ownership.”

In a statement, Plan International said the reason for its departure was complex, but that it was largely due to the economic improvement in Sri Lanka and the improvement in its human development ranking. The charity said it had undertaken a “rigorous internal review” and that early lessons from that process included the need to “define the essential criteria” for leaving a country as well as how sponsored children and families were supported.

It said: “We recognise that we made number of mistakes during the exiting process and we are determined to learn from them to prevent them happening anywhere else in our organisation.”

“We also acknowledge that more effective communications are required, with sponsored children and their communities, with sponsors and donors, and within our organisation.”

“We are truly sorry that some of the children, communities, donors and partners involved in our work in Sri Lanka feel that we left abruptly and that our communication was not sufficient or effective.”