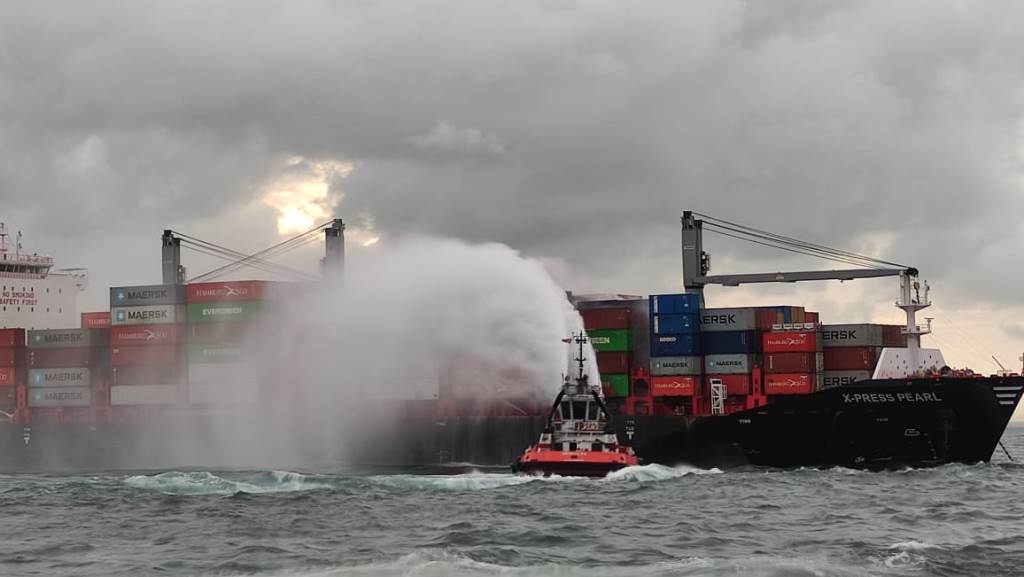 A container ship caught fire off the Colombo harbour resulting in a major operation being launched to extinguish the flames.

The Sri Lanka Navy said that it responded immediately to a distress call after the fire erupted onboard the container ship ‘X-Press Pearl’ last afternoon (Thursday).

A tug from the Sri Lanka Ports Authority (SLPA) had also been dispatched to engage in firefighting efforts today (Friday).

Navy Spokesman, Captain Indika de Silva told Colombo Gazette that the fire had erupted on the MV X-Press Pearl due to a chemical reaction.

The vessel was reportedly enroute to the Colombo Port from the Port in Gujarat, India when the fire had erupted.

The vessel, which is registered under the Singapore flag, was carrying 1486 containers.

Special teams of the Navy and Sri Lanka Coast Guard were placed on standby to respond to a possible emergency situation. (Colombo Gazette)