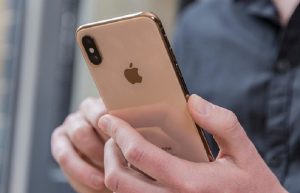 Two men have been arrested for operating an illegal online store for Apple phones and iPads in Colpetty.

He said the men had operated an office on Galle Road in Colpetty, requiring customers to make online payments for the purchase of products, promising delivery by 15- days.

The suspects had received online payments from various people and had not delivered the products as promised.

DIG Ajith Rohana said investigations have revealed that the business is not linked to the Apple service provider.

The Colpetty Police had received 70 complaints against the illegal business after which an investigation was launched leading to the arrest of the two men.

The suspects who are residents of Moratuwa and Modara will be produced before the Fort Magistrate’s Court today.

DIG Ajith Rohana urged the public to remain vigilant of such illegal online rackets and called on those who have been defrauded to file a complaint with the Colpetty Police.

The Colpetty Police is conducting further investigations into the incident. (Colombo Gazette)