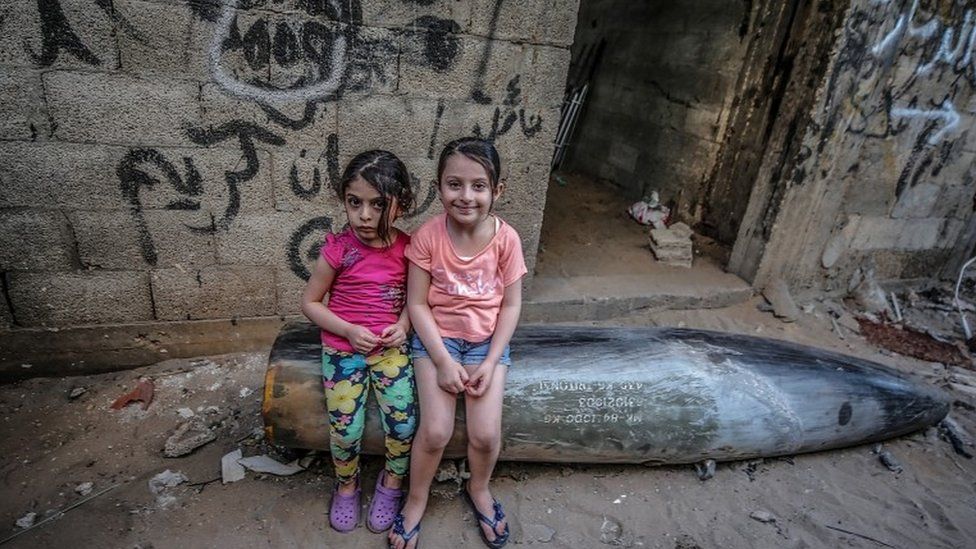 A senior Hamas official has said that he expects Israel and Gaza militants to reach a ceasefire “within a day or two” as cross-border attacks continue.

But Israeli PM Benjamin Netanyahu said on Wednesday he was “determined to carry on” until “calm and security are restored to Israeli citizens”.

There were more than 100 Israeli air strikes on Hamas infrastructure in the north of Gaza early on Thursday.

Palestinian militants retaliated with rocket fire at targets in Israel.

The Gaza fighting began after weeks of rising Israeli-Palestinian tension in occupied East Jerusalem that culminated in clashes at a holy site revered by both Muslims and Jews. Hamas, which controls Gaza, began firing rockets after warning Israel to withdraw from the site, triggering retaliatory air strikes.

At least 227 people, including more than 100 women and children, have been killed in Gaza so far, according to its health ministry. Israel has said at least 150 militants are among those killed in Gaza. Hamas does not give casualty figures for fighters.

In Israel 12 people, including two children, have been killed, its medical service says. Israel says some 4,000 rockets have been fired towards its territory by militants in Gaza.

“I think that the ongoing efforts regarding the ceasefire will succeed,” the Hamas political official, Moussa Abu Marzouk, told Lebanon’s al-Mayadeen TV.

“I expect a ceasefire to be reached within a day or two, and the ceasefire will be on the basis of mutual agreement.”

The comments come as international pressure mounts on Israel and the Palestinian militants to end hostilities.

An Egyptian security source told the Reuters news agency that the two sides had agreed in principle to a ceasefire after assistance from mediators but negotiations were still taking place.

On Wednesday, President Biden held his fourth call with Mr Netanyahu since the conflict started.

A statement released by the White House said: “The president conveyed to the prime minister that he expected a significant de-escalation today on the path to a ceasefire.”

The latest bid for a UN Security Council resolution calling for a ceasefire, launched by France, failed on Wednesday when the US said it could “undermine efforts to de-escalate”. (Courtesy BBC)