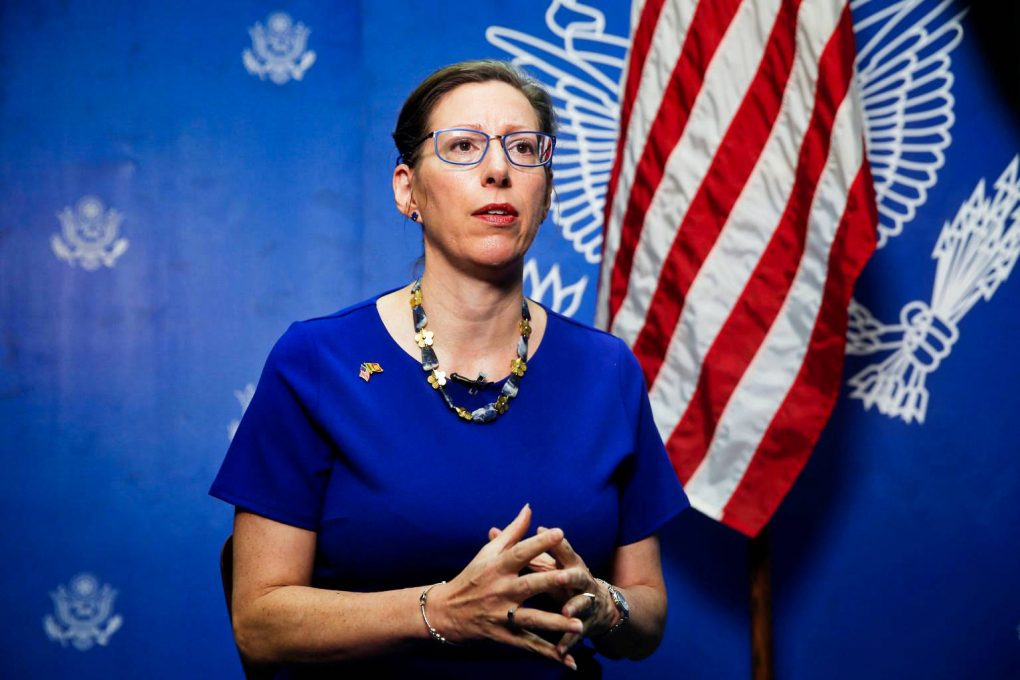 Sri Lanka has made a request to the US for Covid vaccines which the US had announced will be made available to other countries.

In an email sent out to the Sri Lankan community in the US, Sri Lanka’s Ambassador to the US, Ravinatha Aryasinha said that Sri Lanka’s need for vaccines has been brought to the attention of the US Government.

“Following an announcement made on 26 April 2021 that the US Government planned to make available 60 Million doses of AstraZeneca vaccines to countries in need, Foreign Minister Dinesh Gunawardena through the US Ambassador in Colombo Alaina B. Teplitz, and the through the relevant officials in the State Department and the National Security Council, have brought Sri Lanka’s needs in this regard to the attention of the US Government,” Aryasinha said in the email.

He said it has been emphasized that 600,000 doses of AstraZeneca in particular is urgently needed to be given to those who had their first shot almost two months ago.

“While a decision in this regard is awaited, the Embassy has been advised by the concerned authorities that the release of AstraZeneca vaccines by the US will have to be preceded by authorization for its use by the US Food and Drug Administration (FDA),” the Ambassador said.

Additionally, the Ambassador said that following an announcement on Monday by the US Government that they will share an additional 20 Million doses of domestically authorized COVID vaccines – Moderna, Pfiser-BioNTech and Johnson & Johnson, the Embassy has also requested that Sri Lanka be considered for the provision of Johnson & Johnson vaccines, under this scheme.

He said that earlier this month, the Embassy also facilitated a discussion between the Chairman of the State Pharmaceuticals Corporation (SPC) of Sri Lanka and the Johnson & Johnson (J&J) Regional Manager in India, with a view to enabling the purchase of these vaccines, which have the particular advantage of being a single dose, has high efficacy against death and hospitalization, and also has less stringent storage requirements.

The Ambassador said that several US based Sri Lankan medical professionals are also assisting the Embassy in Washington DC in the task of trying to secure these vaccines early.