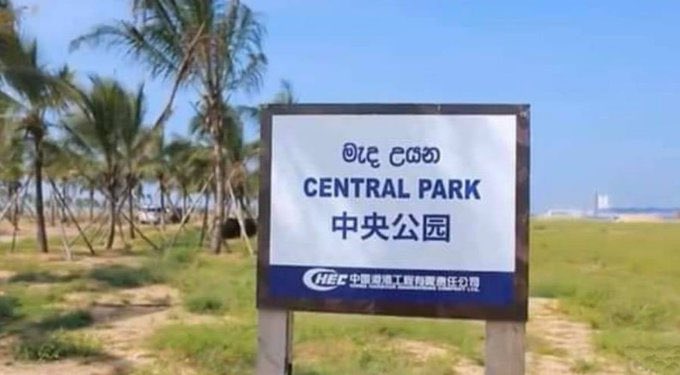 The Ceylon Workers’ Congress (CWC) has raised concerns on the alleged omission of the Tamil language on name boards within the Colombo Port City premises.

Vice President of the Ceylon Workers’ Congress (CWC) Senthil Thondaman told Daily Mirror that he had raised concerns in this regard during the party leaders meeting held at Temple Trees on Monday (17).

He said discussions were focused mainly on the Colombo Port City Bill during the party leaders meeting.

Senthil Thondaman said that repeated concerns had been raised over the omission of the Tamil language on various name boards, arches, and other locations at the Port City premises, Thondaman said that English and Sinhalese as well as Mandarin, has been included instead of Tamil.

He said this is clearly an attempt to specifically neglect the Tamil language, which is an official language of Sri Lanka.

“I raised concerns as all languages of Sri Lanka must be preserved. The omission of an official language must be prevented from the inception,” he said.

Responding to Thondaman, State Minister of Finance Ajith Nivaard Cabraal had assured to look into the matter.

State Minister Cabraal had further said action will be taken to inform the relevant officials to strictly adhere to the trilingual law of Sri Lanka, Thondaman said.

Thondaman said State Minister Ajith Nivard Cabraal had further said the relevant officials will be informed so that this situation does not repeat in future.