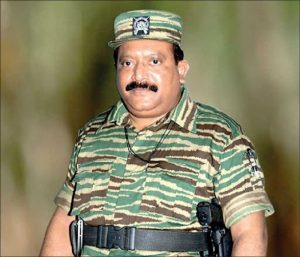 An individual has been arrested for commemorating the leader of the Liberation Tigers of Tamil Eelam (LTTE) in Kalkudah, Batticaloa.

DIG Ajith Rohana said the man was arrested by the Kalkudah Police at 11.30 am today, based on a tip-off. He has been arrested for organizing and leading the banned ceremony.

The Police Spokesman said the suspect will be further interrogated by the Kalkudah Police, while action will be filed against him under the Prevention of Terrorism Act (PTA). (Colombo Gazette)

Pakistan accused of trying to revive the LTTE