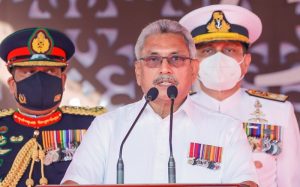 The Sri Lanka Army said 452 Army officers of the Regular and Volunteer Force and  a record 4289 officers of other ranks were promoted in view of Victory Day, which marks the end of Sri Lanka’s civil war.

The officers have been promoted on the advice of the Ministry of Defence and the Chief of Defence Staff and Commander of the Army General Shavendra Silva.

The is considered as one of the biggest promotions given in recent times, the Army media unit said.

The Sri Lanka Army said the promotions are effective from today, the 18th of May 2021.

Brigadier S P A I M B Samarakoon Hdmc Lsc

Colonel A A J S A S Perera RSP USP