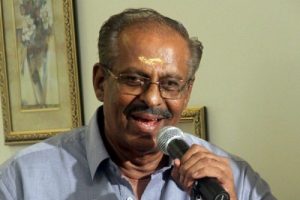 A couple of weeks back, ITAK president Maavai Senathirajah declared himself as the TNA’s chief ministerial candidate for the Tamil-majority Northern Province. Of course, the question becomes relevant only when the long-pending Provincial Councils are held. Given the Covid conditions and the parallel decision for a parliamentary panel to revisit the multi-visited electoral reforms, the PC polls are not expected this calendar year. Full-stop.

In the course of announcing his candidacy for the top-post after having been rejected by native Jaffna voters in the multi-seat parliamentary polls only a few months ago, it is anybody’s guess how it is morally proper for a leader in his position to stake claim to another post, which might have belonged to someone else – rather, someone who had not been given a chance to contest elections on a party ticket.

From a purely democratic view-point, it reeks of self-indulgence of the worst political kind. Could Maavai have been able to do so if he were not heading ITAK, the mainstay of the multi-party TNA combine? The reverse question arises. If between now and the PC polls, whenever held, could it lead to an internal rebellion against his choosing positions of his preference to contest from – first for Parliament, when indications were that he would lose, and now that of chief minister?

If there is one lesson from the parliamentary polls, it is that the TNA cannot take the Tamil voters, and by extension, their own cadres, starting with those of the once-blindly-loyal ITAK, for granted. The distribution of victorious seats and individual vote-shares among the victors and losers alike showed how the Tamil voters minds worked. No amount of condemnation of the non-TNA victors, or their modus will explain away the sins of the TNA leadership and the combine’s candidates through the four long years of what was not the ‘Government of National Unity’ (GNU).

In the same vein, media reports quoted Maavai pooh-poohing former Northern chief minister C V Wigneswaran’s reported move to promote a Hindu godman for heading the provincial government. It is unclear if  Velan Swamigal, whose name was associated with the Tamils’ P2P protest march, from Pottuvil to Polikandi,  earlier this year, is interested in a full-fledged political role or not. Or, if Wigneswaran himself is serious about it – and will not change his mind between now and election-time.

But then, Senathirajah has jumped the gun, and not entirely wrongly so, to say that serious politics is not for godmen. Very true. First and foremost, serious politics takes all time, energies and inclinations of humans, godmen or not. In the case of the latter, it takes away the time and energies that they otherwise take to make them more spiritual than already. But with full time politics, and as political administrator if one became chief minister or even minister, godmen will end up losing their godliness first, whether or not they win elections, whether or not they become successful political administrators.

If Wigneswaran or anyone has actually said so, then they seem to have forgotten the religious composition of the Tamil community in the North especially. Ever since the Tamil ethnic movement began decades ago, Tamil-speaking Hindus, Christians and Muslims worked as one man, until the LTTE eliminated the Muslims since 1990. True, Christian clergy have been active in Tamil politics than Tamil religious and spiritual heads, and also their priests.

It all depends on the structure of individual religions. Hinduism does not have a structured leadership. If there are priests, they tend to temples and pujas there, and conduct family and community rituals. Full-stop. If there are mutt-heads or religious preachers, otherwise, they draw individual set of followers, but without actually providing community leadership.

Long before Hindu religious-heads, or a section thereof began taking an active interest in politics, the Christian Church has been doing so in the Tamil areas of the island. In particular, the Bishops of Jaffna and more so Mannar, took greater risks during the war years, before and after. Yes, religious and spiritual men of Hinduism too were there, but not to the same levels, as explained also by the unstructured organisation of the community.

Now for someone to bring in religion as the defining yard-stick for common Tamil political leadership, is fraught with the possibility of dividing the community too on such religious lines. It may not happen now, but the happening of the same cannot be avoided once such divisions are introduced when the community can do without it. Rather, the Tamil community, whatever be their political course, cannot risk such initiatives, or whatever it be.

Whoever comes to power in Northern Province after the next PC polls, whenever held, has to have experience in governmental administration. By very definition, parties and leaders now constituting the TNA have no experience in political administration. The last of the Tamil political administrators were ministers in the pre-militancy era, when the likes of C G Ponnambalam were ministers at the Centre. There were no Provinces as known now at the time, and there were no ministers and chief ministers at the time, until after the end of the war and the elimination of the LTTE.

The TNA’s choice of Justice Wigneswaran was based on multiple reasons, or so was it assumed. One, he is a honourable gentleman with the right kind of social and intellectual background that reflected the essence of what is tom-tomed as the ‘incomparable Jaffna culture’. As a Justice of the nation’s Supreme Court, he had the right national presence and international exposure, at least in terms of the legalities of the ethnic issues. Three, with that came his administrative experience, which was required of a chief minister.

But the reality turned out to be otherwise. Barring his steadfast approach to the ‘Tamil identity politics’ sans the LTTE’s militant/terrorist approach, Wignesswaran failed the community on other counts. While the existing TNA leadership could still have played out the advocacy role in world capitals and international forums, the administrative experience that he should have possessed was found to be non-existing in his case.

This in turn led to disastrous consequences, the result of which was that Wigneswaran as chief minister, put the cart before the horse. Instead of administering the Province and ministering to the concerns and expectations of his people, who needed much hand-holding to restore their post-war lives even if by half or less, their chief minister was telling them to wait for ‘ethnic justice’ of the kind, he desired for their rehabilitation to arrive – or, accepted.

Of course, the 2020 parliamentary polls in the North and the East, as far as the Tamil community was concerned, was decided by the TNA’s inexplicable kow-toeing of then UNP leader Ranil Wickremesinghe’s political line for his survival as Prime Minister, and nothing else. Every time an opportunity presented itself through those four years, 2015-19, for the TNA to leverage their parliamentary support for Tamil rights, they failed the community, as if by design and desire than otherwise. Or, they could not convincingly explain away their constant and taken-for-support to Ranil through those four-plus years.

If that were so, Wigneswaran’s breakaway alliance should have won hands down. It did not happen. That was because the Tamil voters were equally sick and tired of his non-existent administrative acumen and political principles. It clearly indicated that what the Tamils needed, and desired was a political administrator as chief minister. They would let their Parliament members take up the larger ethnic causes and issues, on a daily, weekly, and monthly basis, to fill up their years.

Even today, there are not many political administrators with long years of experience and a proven track record of reaching out to the political community. Definitely, whoever is there is not certainly in the TNA or affiliated parties. It could not have been otherwise, as they have never ever even allowed themselves to be in the company of government ministers, to know the nuances of political administration.

Yes, there were some in the Wigneswaran ministry who showed promise, with or without their past governmental experience as officers in their time. Then there are those outside the government but within the TNA’s provincial council set-up who had administrative experience in the past but not of the political variety yet.

It is men like these that the TNA should be looking for to lead the alliance government if they are voted in to lead the Northern PC. But then there are the likes of Minister Douglas Devananda outside of the TNA who have long years of experience, which may end up offsetting the LTTE’s kind of branding on which the TNA too has survived far too long.

The ball is in the TNA’s court, and whenever held, the Northern PC polls can be more decisive than anything else that the combine has taken in the post-war past – more for itself than for the larger Tamil community, which began moving away from it even in the first and thus far the only Northern PC polls of 2013!

Colonial powers are all gone, but not colonial mindset