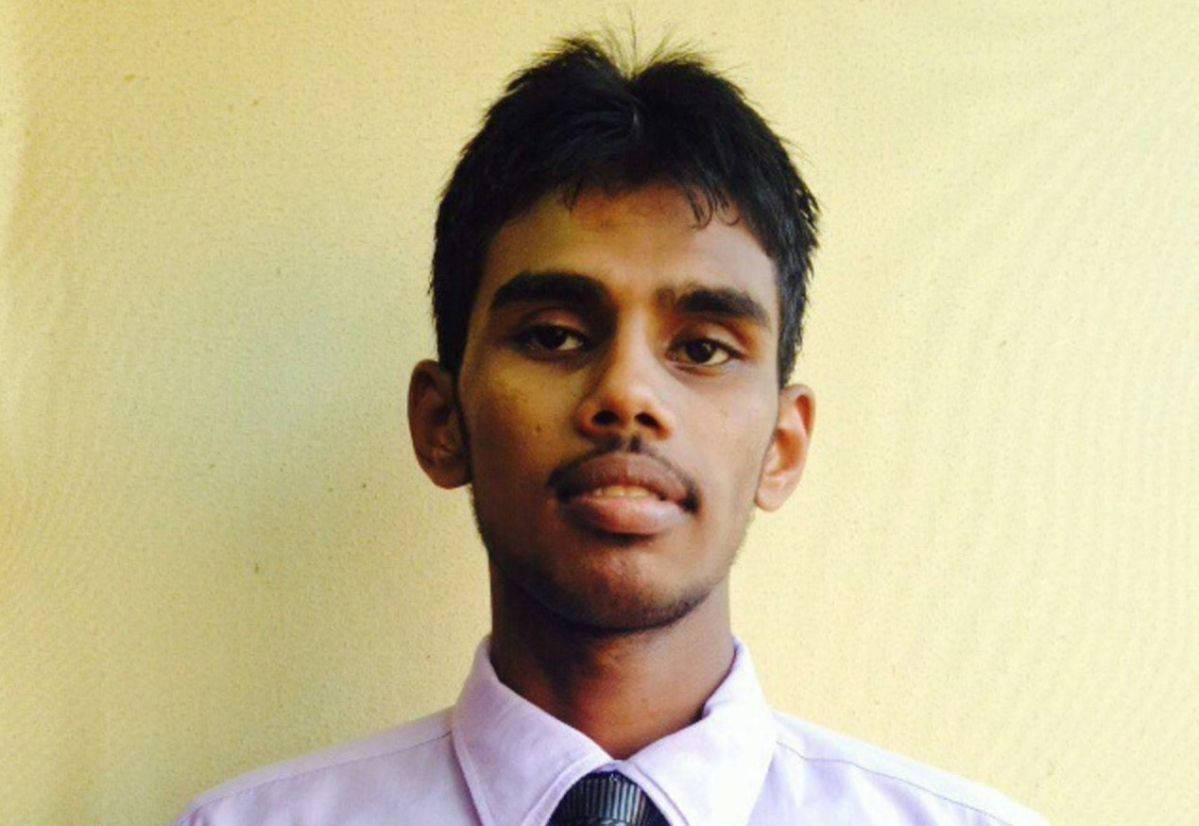 Sri Lanka has been urged to free poet and teacher Ahnaf Jazeem, who has been detained for a year without charge.

A number of organisations issued a joint statement expressing deep concerns over the ongoing detention of Ahnaf Jazeem and called on the Sri Lankan authorities to immediately release him, or promptly charge him with internationally recognizable criminal offences and try him in accordance with international fair trial standards.

Ahnaf Jazeem (pen name, Mannaramuthu Ahnaf) is a 26-year-old poet and teacher who was arrested on 16 May 2020 under Sri Lanka’s draconian Prevention of Terrorism Act (PTA).

The arrest was in connection to a Tamil-language poetry anthology called Navarasam (நவரசம்), which he wrote and published in July 2017, as well as other unsubstantiated claims of exposing his students to ‘extremist’ content with the intention of turning them into followers of ‘extremist ideology’. His arrest comes against a backdrop of increased marginalisation and discrimination targeting Sri Lanka’s Muslim community.

The Sri Lankan authorities reportedly found copies of Navarasam at a school that was being investigated for its alleged links to the Easter Sunday Terror attacks. Despite the fact the book is currently listed in Sri Lanka’s national library, having never been banned, the authorities decided to allegedly detain Ahnaf Jazeem for its content, among other reasons.

Sri Lankan authorities have continued to argue that the contents of Navarasam promote extremism. However, this has been flatly rejected by the author and his legal representative, Sanjaya Wilson Jayasekera, who views Ahnaf Jazeem’s detention as being ‘directed at entrenching anti-Muslim racism’. Macbool Alimmohamed Nuhman, a renowned Tamil language professor has also contested the authorities’ interpretation of Ahnaf Jazeem’s poetry, stating that ‘there are several poems against extremism, violence, and war in this collection’.

“We, the undersigned, do not believe that Jazeem’s poetry shows intent to incite others to commit violence,” the joint statement said.

According to his lawyer, Ahnaf Jazeem is detained in squalid conditions which may amount to cruel, inhuman and degrading treatment, that have contributed to his deteriorated health.

The organisations said that the authorities have violated Jazeem’s due process safeguards during his time in detention.

Jazeem’s legal counsel states that Jazeem has been coerced to make false confessions while under interrogation and has been made to sign documents written in a language he does not understand.

Jazeem was denied access to legal representation for close to ten months since his arrest, and when access was provided, privileged conversations between lawyer-client were recorded by the authorities. His family was only given access after five months of Ahnaf Jazeem’s detention.

“One year into his detention, the authorities have yet to bring forth any evidence that substantiates their allegations against Ahnaf Jazeem. In the event the authorities do possess credible and admissible evidence that Jazeem has committed an internationally recognised crime, they must promptly charge him, assuring him due process and the right to a fair trial in accordance with international standards so that he has an opportunity to prove his innocence. In the absence of such evidence, they must immediately release him,” the joint statement said.

Ahnaf Jazeem is detained under the PTA, which provides authorities with sweeping powers to arbitrarily detain individuals without any charges for up to 18 months without charge or trial. Use of torture and other forms of ill treatment to obtain forced confessions is a widespread practice used by the notorious Counter-Terrorism and Terrorism Investigation Division against detainees. The PTA has been used against Sri Lanka’s ethnic and religious minority communities, with a disproportionate number of Tamils and Muslims in detention under the Act.

Despite repeated calls from the United Nations and human rights organisations to have the legislation repealed, authorities continue to use the PTA against some of Sri Lanka’s most vulnerable populations.