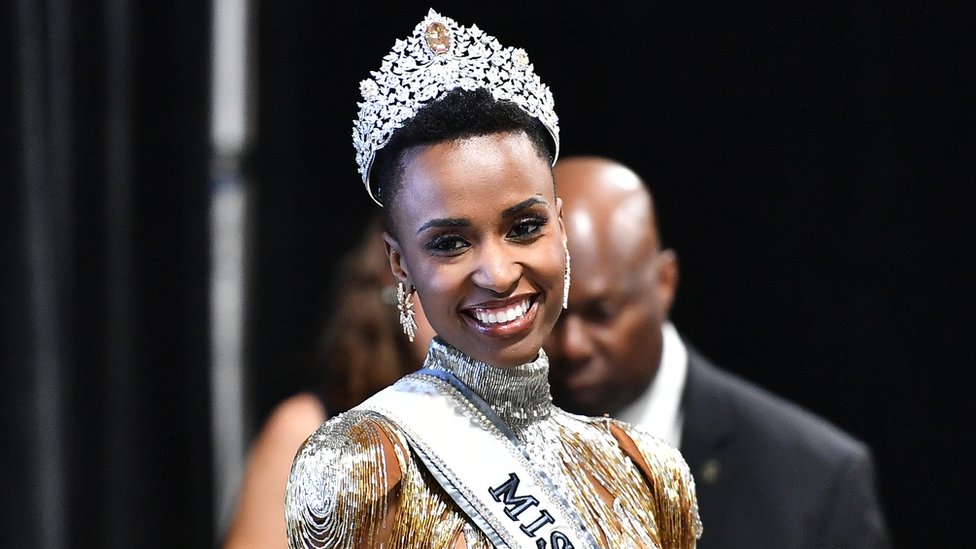 Miss Universe 2019 Zozibini Tunzi joked that the next Miss Universe will literally have to snatch her crown alluding to the recent viral Mrs. World Sri Lanka crown-grabbing incident.

Tunzi has reigned longer than other titlists in the pageant’s history due to the pandemic.

In the opening spiel of Zozibini and other host Miss Universe 2017 Demi-Leigh Nel-Peters, Demi said Zozi’s reign was amazing though quite a little bit longer, Philstar reported.

“It’s definitely an amazing reign, Zozi. A little bit of long one but I’m sure you won’t complain,” Demi said.

Zozi answered that her successor needs to snatch the crown from her, alluding to the recent viral Mrs. World Sri Lanka crown-grabbing incident.

“They’ve got to have literary snatch it away from me if they wanted. I’m kidding, of course,” she said.

“The way to become my successor is by impressing our selection committee,” she added.

Last month, Pushpika de Silva was proclaimed Mrs. Sri Lanka World 2020 at the close of the pageant’s ceremonies in the capital city of Colombo.

She was crowned and made her victory walk. Moments later, the outgoing queen, who crowned her a few minutes before, took away the same crown and gave it to the first runner-up. (Colombo Gazette)