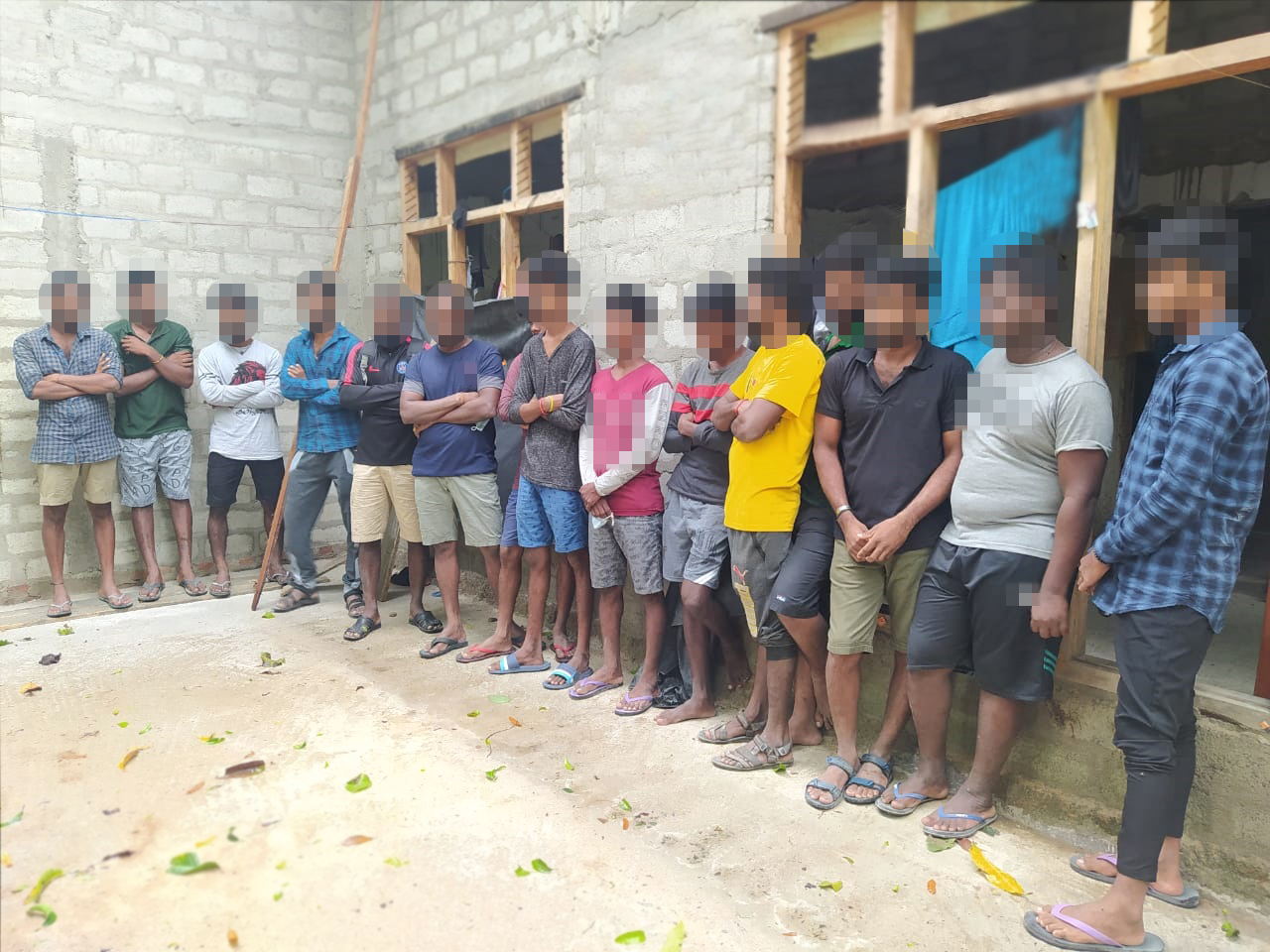 The Navy detained 30 people in Chilaw who were attempting to migrate by boat.

According to the Navy media unit, a special operation was carried out by the Sri Lanka Navy and Coast Guard in Samindugama yesterday and today.

During the special operation the Navy detained 30 people who were attempting to migrate illegally to a foreign country by boat.

Initially the Navy and Coast Guard detained 14 people yesterday (Thursday) whom were attempting to migrate to a foreign country and also detained the owner of a house who had provided them lodging.

During further operations carried out with the assistance of the Chilaw Police today, the Navy and Coast Guard were able to detain another 15 people who were also preparing to migrate illegally to a foreign country by boat.

The 30 males were identified as residents of Jaffna, Batticaloa, Mullaitivu and Puttalam.

They were handed over to the Chilaw Police. (Colombo Gazette)