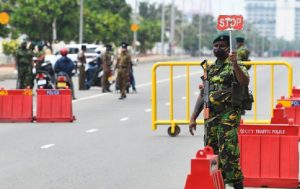 Over 140 motorists have been warned and turned away after attempting to enter the Western Province (WP).

He said the motorists were warned and turned away as they had tried to enter the Western Province at a time when an inter-province travel restriction had been enforced islandwide.

DIG Ajith Rohana said the inter-province travel restriction has been implemented in a bid to curtail the spread of the coronavirus in Sri Lanka.

He said 14 roadblocks have been set up by the Police to inspect vehicles passing through the entry and exit points of the Western Province. Only essential services and food transportation are permitted to cross provinces at present.

The Police Spokesman said a total of 1921 vehicles and 3846 passengers had been inspected during the special quarantine operation conducted yesterday. (Colombo Gazette)