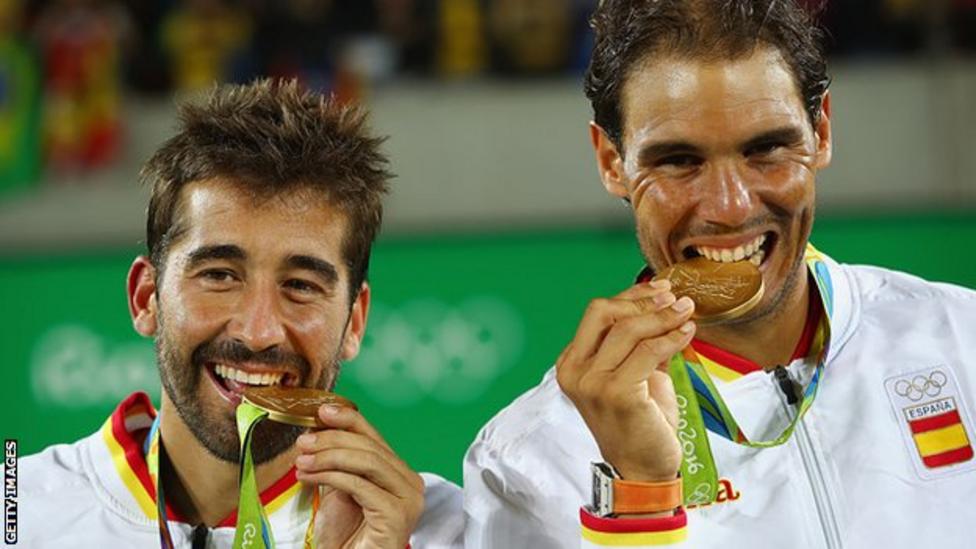 Rafael Nadal says he does not know if he will compete at this summer’s Tokyo Olympics because of uncertainty relating to the coronavirus pandemic.

The 20-time Grand Slam champion, who won Olympic gold in the singles in 2008 and the doubles in 2016, says he does not yet know his schedule.

“In a normal world I will never think about missing Olympics, of course,” the Spaniard, 34, told a news conference.

“Under these circumstances, I don’t know.”

Nadal’s comments came the day after American 23-time Grand Slam champion Serena Williams raised doubts over her participation because she is hesitant to spend time away from her three-year-old daughter, Olympia.

They also followed comments from Japan’s Naomi Osaka, who said rising Covid-19 levels in Tokyo were a “big cause for concern” and that she was “not really sure” the Olympics should go ahead this summer.

Tokyo is under a state of emergency amid a surge in cases, 10 weeks from the start of the rescheduled Games on 23 July.

Nadal, who was speaking at the Italian Open in Rome, said he would “see what’s going on in the next couple of months”.

“I need to organise my schedule,” he said. “In a normal year, I normally know my schedule almost 100% since 1 January till the end of the season. This year is something a little bit different, no?

“We need to be flexible. We need to adapt about the things that are happening.” (Courtesy BBC)