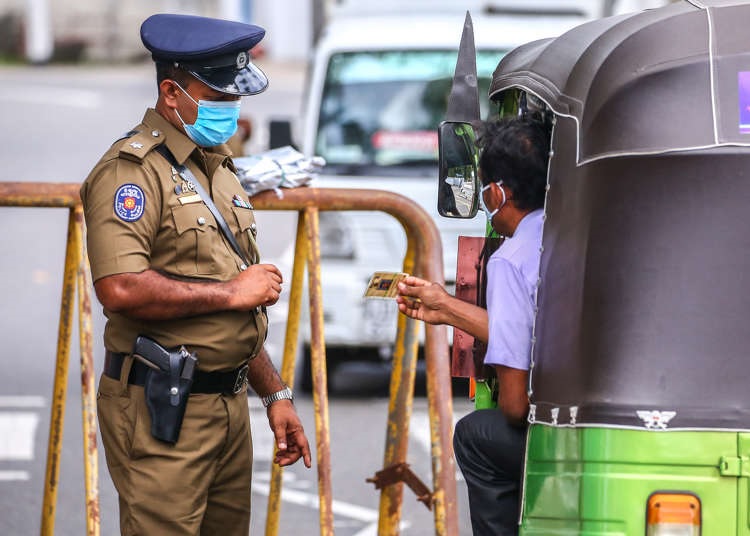 Daily movements will be permitted from tomorrow (Thursday) till 31st May based only on the approved last digits of the ID numbers of the day, the Police said.

Meanwhile, the Police said that only one person per household can leave home, as per amended guidelines issued by the Ministry of Health today.

A driving licence or passport can be produced only if the individual does not have a National ID.

The Police warned that legal action will be taken if anyone attempts to deceive the authorities by using all forms of IDs just to step out of the house.

Police Spokesman, Deputy Inspector General (DIG) Ajith Rohana said that the ID system will not apply to those involved in essential services.

The Police Spokesman also said that the public will not require the ID to visit a hospital for medical reasons.

He said that some people in the same family may have issues leaving home without a partner because of a different ID number.

However, he said they will need to resolve that issue among themselves.

The Police also said that the amended health guidelines will be strictly enforced.

This includes a restriction on the number of people allowed inside certain places, ban on public gatherings and other events including weddings and other strict measures.

Meanwhile, an unofficial curfew has been declared islandwide for three days from 11 pm tomorrow, 13th May 2021.

Army Commander General Shavendra Silva told Colombo Gazette that travel restrictions have been imposed from 11 pm tomorrow till 04 am on Monday (17).

A travel ban has also been enforced around the island between 11 pm to 4 am daily preventing any movements during this time.

Army Commander General Shavendra Silva told Colombo Gazette the travel ban will be in place from tonight until the 31st of May, 2021. (Colombo Gazette)