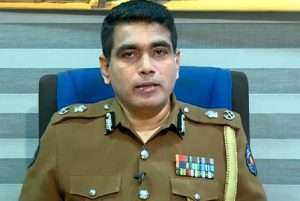 The Police today warned of criminal action if the travel restrictions enforced from tonight are violated.

Travel restrictions have been imposed between provinces from midnight today till 31st May in a bid to curtail the spread of the third wave of the coronavirus.

Hotels have been requested to avoid allowing people from other provinces to stay on vacation, as inter-province travel has been prohibited. Any hotels found to be allowing such guests will be raided and action will be taken against the management, while the establishment may be sealed, he warned.

Stringent action will also be initiated against people holding gatherings and parties with or without alcohol, as it is prohibited under the health guidelines.

DIG Ajith Rohana further said action will be taken against people using crossroads to cross provinces. He pointed out that it was a violation of traffic and quarantine laws.

He said the Police and Military will be deployed at borders to inspect vehicles crossing provinces. Employees requested to cross provinces will be inspected and are requested to use their office ID or document from the company requesting to report to work.

Meanwhile, people in isolated areas and those placed under home quarantine have been requested to remain at home during this period.

DIG Ajith Rohana said the Police officers will be deployed, including in civil attire to conduct various quarantine operations in a bid to curtail the spread of the coronavirus. (Colombo Gazette)